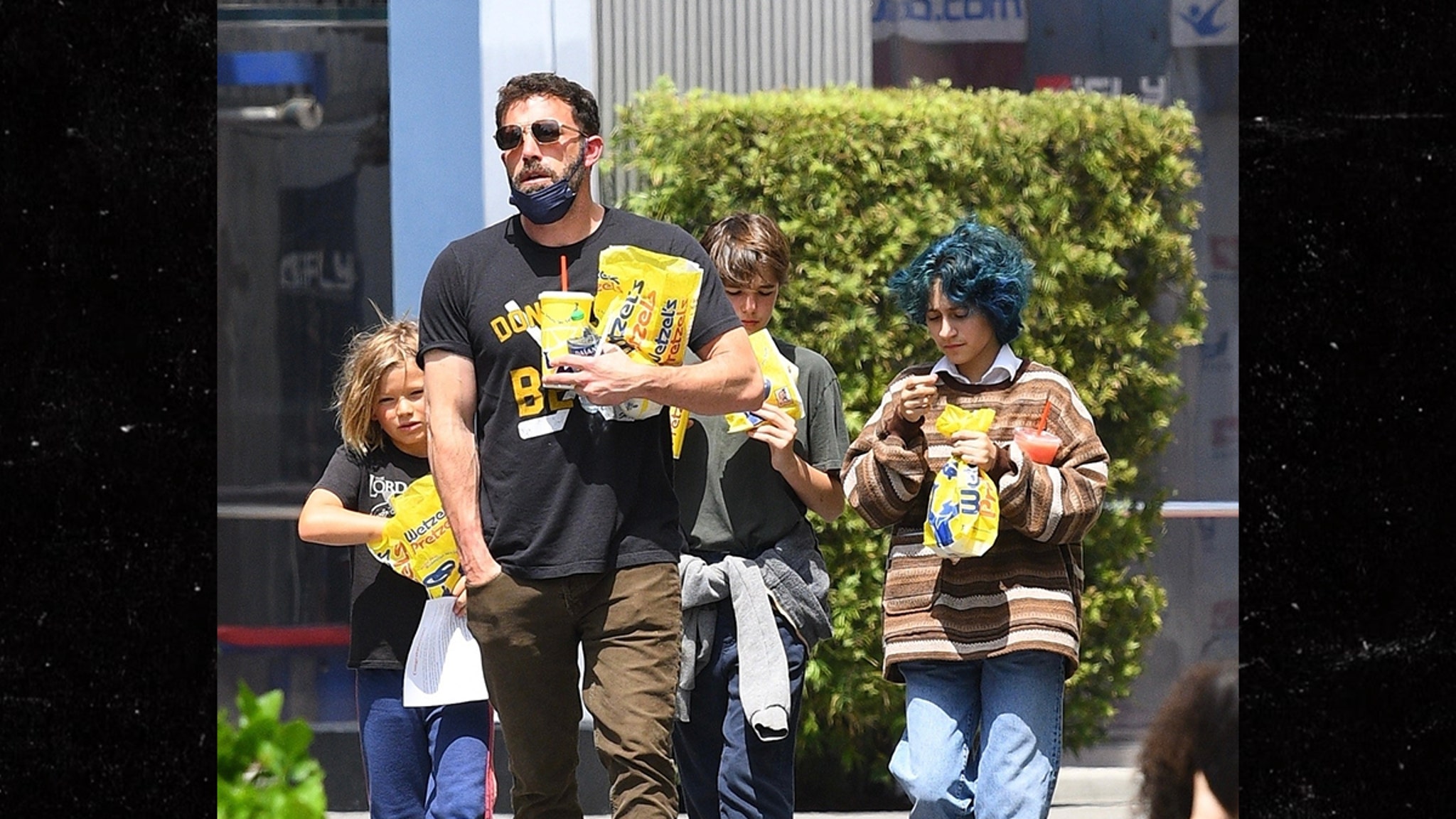 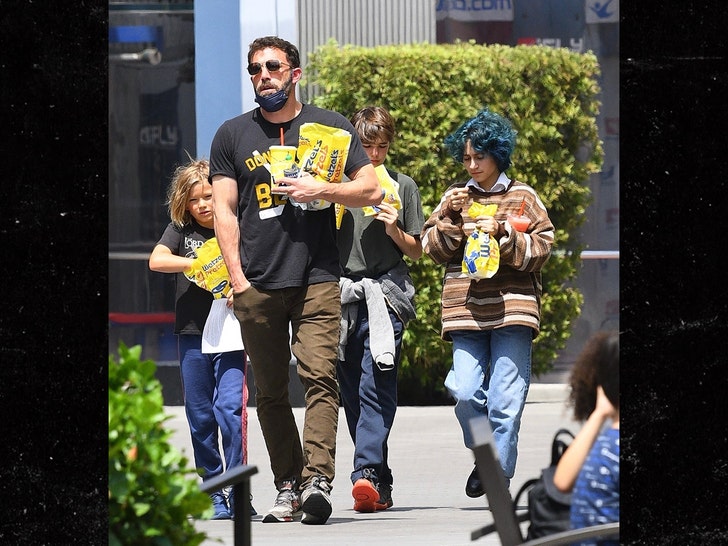 Ben Affleck was on dad (and possibly stepdad) duty this weekend — with not just his kids in tow, but with one of the children of his beloved, Jennifer Lopez, too … the first time we’ve actually seen that happen.

The actor was out Sunday with his son, Samuel, his daughter, Seraphina … plus, J Lo’s 13-year-old daughter, Emme — who was out there rockin’ the blue-green hair. Seraphina is right around Emme’s age … and Sam’s a bit younger at 9. Still though, they all seemed chummy. 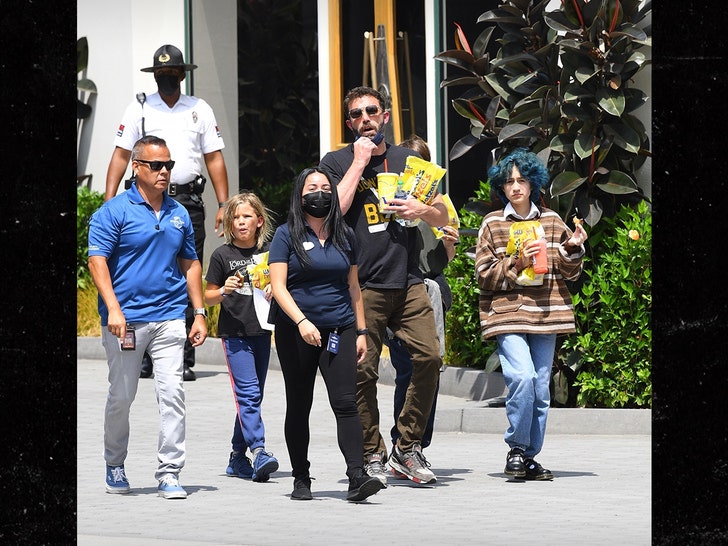 Ben, meanwhile, had his hands full … with a ton of Wetzel Pretzel snacks and some drinks for good measure. They were out at the Universal City Walk, with some adult companions (possibly nannies/security guards) tagging along as well. No sign of Jen or her boy, Max, here.

No matter … because this itself is a HUGE step toward blending their family units — much like Jennifer was doing with A-Rod when they were engaged not too long ago. Their kids were constantly hanging out with one another — and now, it seems Bennifer’s doing the same. 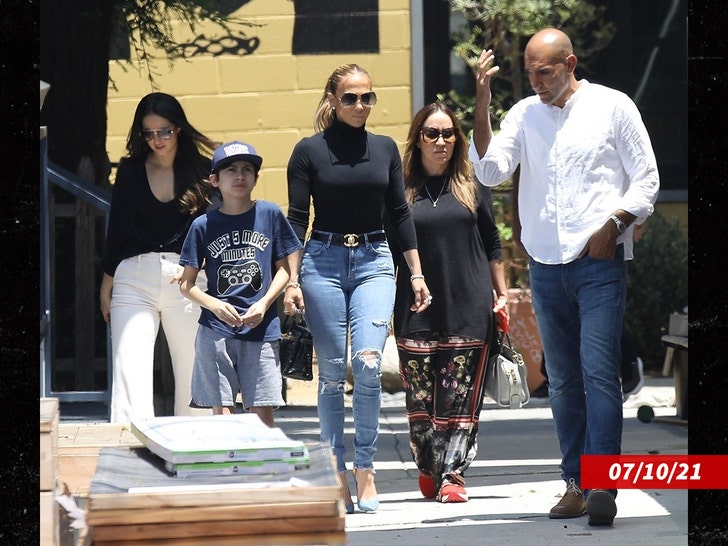 There’s even more evidence that Jen and Ben are seriously intertwining their personal lives — just a couple days ago, J Lo was spotted out with Max … touring a school in L.A. We’d already seen her doing some of that on her own a little while ago — but this time, she brought the kid to check things out too.

The writing’s on the wall in our minds … the Lopezes seem to be migrating West. And, the Afflecks are taking it all in stride.