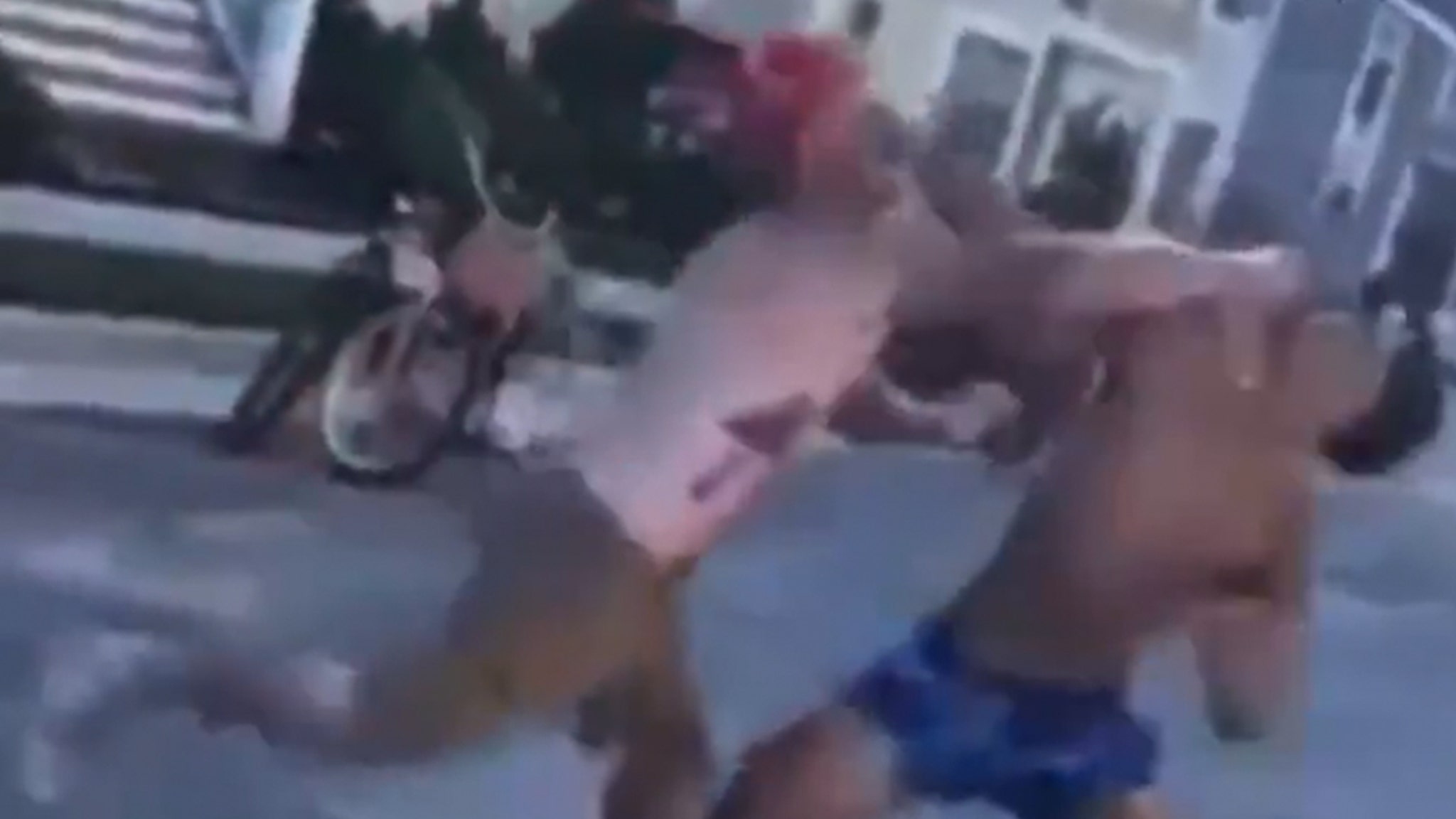 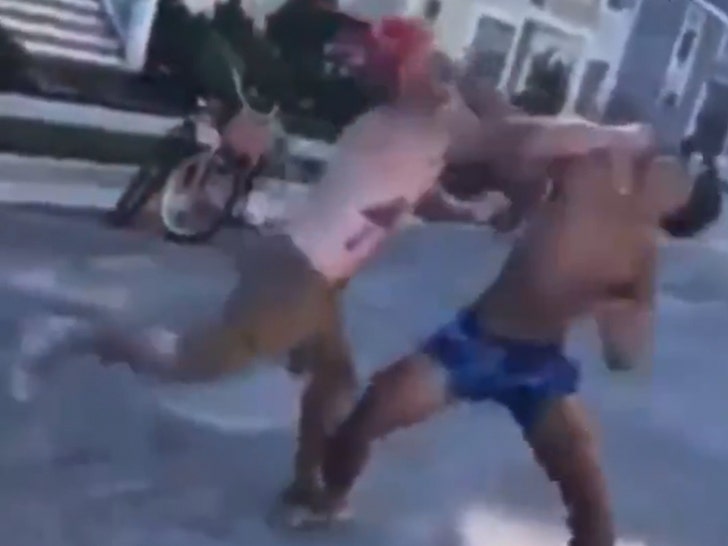 Carnell Davis — a freshman wide receiver on the Rutgers football team — was reportedly knocked out by a violent punch in a street fight … and the whole incident was apparently caught on video.

It’s unclear where and when the altercation took place … but The Press of Atlantic City reports the 6-foot-1, 175-pound wideout is the shirtless man wearing blue shorts in the footage that was posted on social media this week.

In the clip, you can see the man purported to be Davis, get into a tiff with another shirtless male in a red hat apparently over comments about Davis’ mother.

The man in the blue shorts can be heard on the footage saying, “you were just talking about you were going to f*** my mom” — before the two squared up to fight.

Eventually, the man in the red hat tagged the other male in the chin with a right hook … sending him crashing to the ground.

It’s unknown if Davis suffered any severe injuries … a spokesperson for the Rutgers football team issued a short statement to The Press of Atlantic City, only saying the freshman is currently at home “recovering.”

“Our main concern is Carnell’s health and well-being,” the spokesperson said. “He is home with his family and continues to make progress in his recovery.”

“We look forward to getting him back on campus soon.”

We’ve reached out to both Rutgers and law enforcement for further comment, but so far, no word back yet. 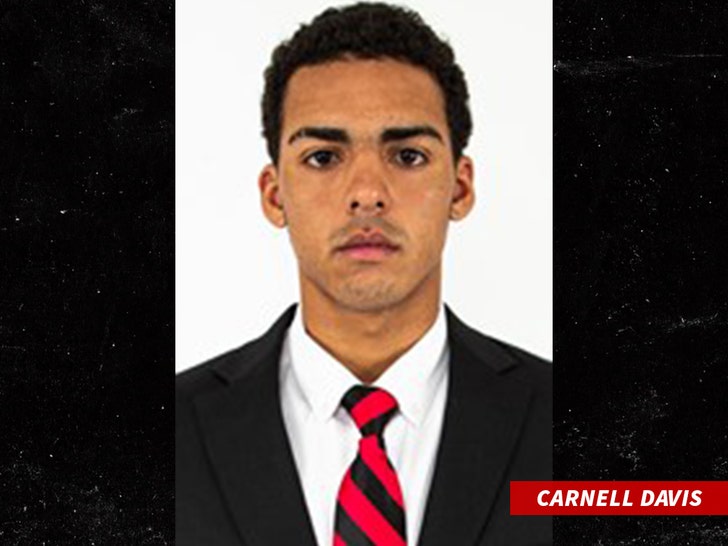 Davis — who played his senior season of H.S. football at Eau Gallie in Florida in 2020 — signed on to play for Rutgers in Dec. 2020 and enrolled in the school just weeks later.

He was a touted H.S. recruit — piling up offers from 24 schools, including Auburn, before landing with the Scarlet Knights.