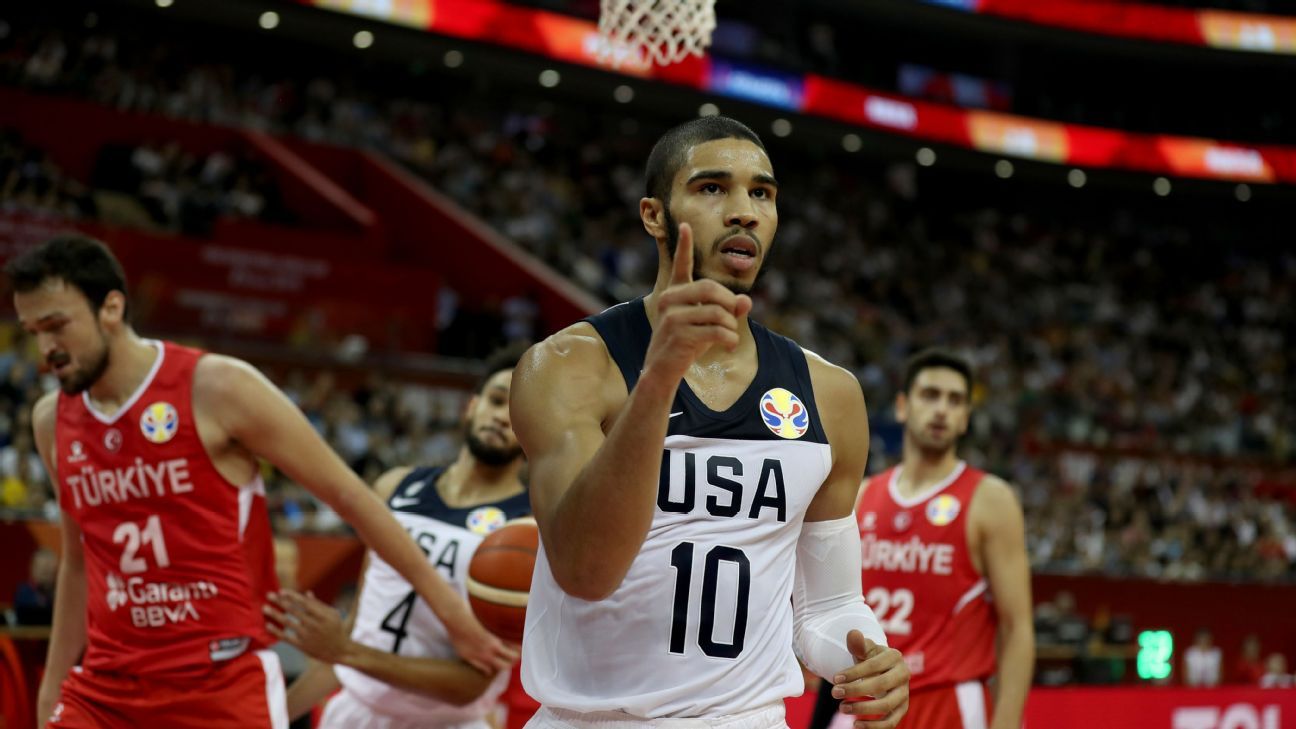 LAS VEGAS — Jayson Tatum was 15 when he made his first USA Basketball national team. It was 2013, when he got picked to play in the FIBA Americas U-16 championships at Uruguay. And one of the biggest thrills from that experience was getting his jersey.

Bryant wore No. 24 and No. 8 with the Los Angeles Lakers, but he donned No. 10 for USA Basketball when he helped the Americans capture gold medals at the 2008 and 2012 Olympics. Tatum has worn that number as part of U.S. teams several times since — and will wear it at the Tokyo Olympics, where the Americans will aim to capture a fourth consecutive gold medal.

“With this being the first Olympics since we lost him, it holds that much more value,” Tatum said. “It’s not something I take lightly.”

There is a significance to the No. 10 jersey across sports, particularly soccer, where it always seems to be adorning the best players. Pele wore 10 for Brazil. Diego Maradona wore it for Argentina, and Lionel Messi does now. Landon Donovan wore it for the U.S. men’s soccer team when he led that program; it has since been passed to Christian Pulisic. For the U.S. women’s soccer team, it belongs to Carli Lloyd.

Tatum wears No. 0 for the Boston Celtics. The Celtics retired No. 10 for JoJo White.

For USA Basketball, No. 10 was Bryant’s. When he decided not to play in the 2016 Olympics, the number ended up with Kyrie Irving — another player who idolizes Bryant, just as Tatum does. And now, as was the case when the U.S. went to the Basketball World Cup two years ago, the jersey is Tatum’s.

“For JT to have this moment, I’m happy for him, genuinely,” U.S. center Bam Adebayo said. “I’ve known JT since I was 12. He deserves everything he’s getting and he’s going to keep deserving more because he’s such a great player. I’m happy for him. That’s his idol, and he gets to represent that number. I know he’s going to have that Mamba Mentality when he puts that 10 on.”

“With this being the first Olympics since we lost him, it holds that much more value. It’s not something I take lightly.”

Jayson Tatum, on wearing the No. 10 for Team USA

Adebayo is another player who makes no secret of his affinity for Bryant, the five-time NBA champion and Basketball Hall of Fame enshrinee who died in a helicopter crash along with one of his daughters and seven other people in January 2020 on their way to a basketball tournament. He has worn Bryant’s shoes for games, and said he’s devastated that he never got to meet him.

Tatum knew Bryant well. They worked out together and Bryant offered him advice many times.

“I remember one talk, it might have been after a game, and he was saying that a lot of people won’t understand what you do,” Tatum said. “He said, ‘What I mean by that is, the ones that really want to be great and really want to be special really take that whatever-it-takes mentality.’ He told me it takes sacrifice, because the ultimate question is about how much are you willing to give up to be great.”

U.S. coach Gregg Popovich still laments that Tatum got hurt at that World Cup in China. That team was built for Tatum to be, as Popovich put it, “the go-to guy” — just as Bryant had been for past U.S. teams. When Tatum was ruled out of the World Cup with an ankle injury, the Americans sputtered and wound up finishing seventh.

People would say the same things about Bryant.

The connection carries on this summer. He doesn’t remember if he had to ask for the jersey in 2013; this summer, he didn’t have to ask anyone. USA Basketball simply put out a list of names and jersey numbers, and Tatum got No. 10.

To him, it still belongs to Bryant.