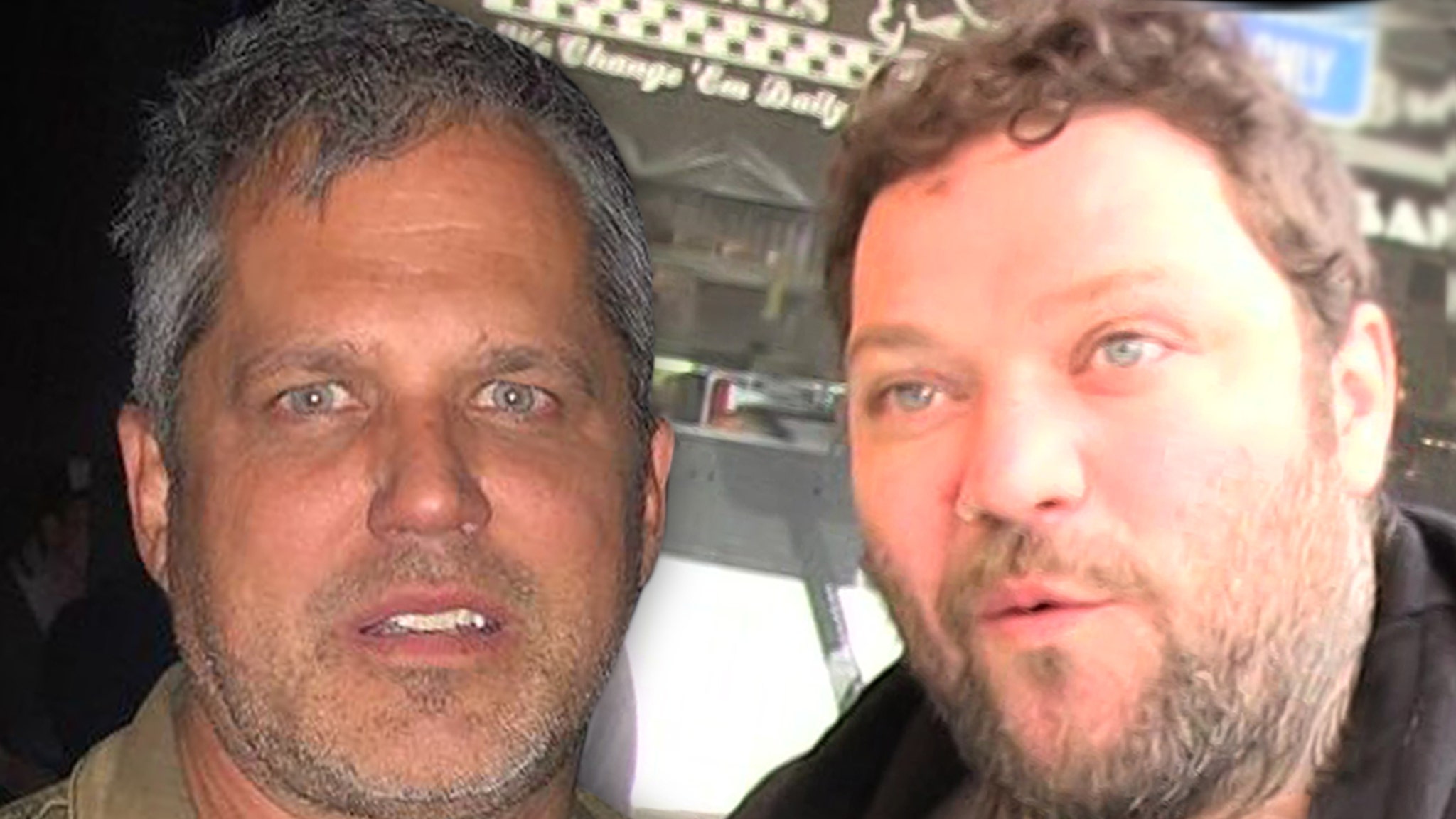 Bam Margera won’t be anywhere near a ‘Jackass’ film set anytime soon, because he now has to stay away from its director, Jeff Tremaine, for a very long time.

Jeff, who claims Bam has recently threatened his life, was granted a restraining order Tuesday … and it requires Bam to keep at least 100 yards away from Jeff for the next 3 years.

He’s not allowed to contact Jeff in any way — ditto for the director’s wife and kids.

TMZ broke the story … Jeff sought protection from his onetime pal after Bam recently went on a fuming rant against Tremaine and Johnny Knoxville.

JT claimed Bam was sending him increasingly disturbing messages, threatened his children and made a comment that Tremaine and Knoxville can “pencil in there [sic] death certificate.”

The director said he feared for his family’s and his own personal safety, so he filed for the restraining order … and clearly presented enough evidence for the judge to sign off.

Bam’s already been kicked off “Jackass 4,” and the restraining order likely means a reunion is not in the works.