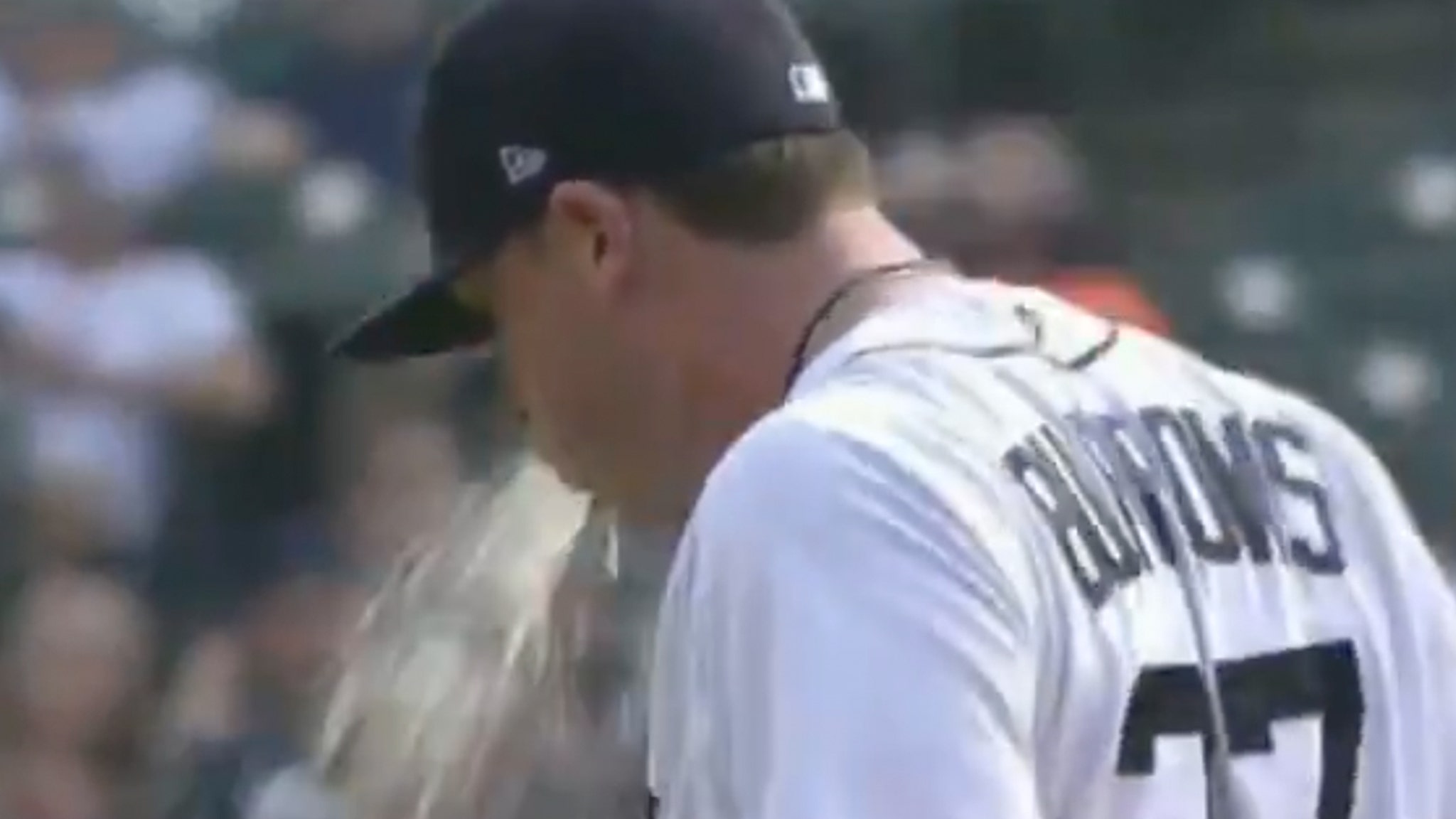 Have a bad weekend? There’s probably no way it was worse than Beau Burrows‘ …

The Detroit Tigers pitcher got so sick on the mound Saturday — he blew chunks ALL OVER IT — and then he was promptly sent down to the minors afterward.

The gross scene all went down in the Tigers’ game against the White Sox … when Burrows entered the contest in the 4th inning with Detroit losing 8-2.

The 24-year-old rookie cruised in his first inning on the bump … but ran into some major issues when he came back out for the fifth inning.

Tigers Beau Burrows vomits on the mound in his first pitching appearance this season pic.twitter.com/bvwJ1yF2aD

He walked a batter, gave up two straight hits, then walked another batter … and even though he went on to strike out the next two guys — something went terribly wrong.

Check out the footage, as Burrows was trying to close out the inning … he got visibly ill — and threw up everywhere … TWICE.

Burrows tried to stay in the game … but he was pulled after trainers and coaches came out to talk with him.

But, the worst part? The Tigers sent him down to Triple-A after the game … meaning he’s going to have to work his ass off to get back up to The Show anytime soon.

As for his health, Tigers manager A.J. Hinch didn’t seem concerned this was a long-term or serious issue … explaining his pitcher was simply just nauseous.

Yeah, and you thought YOUR Sunday Scaries were bad???