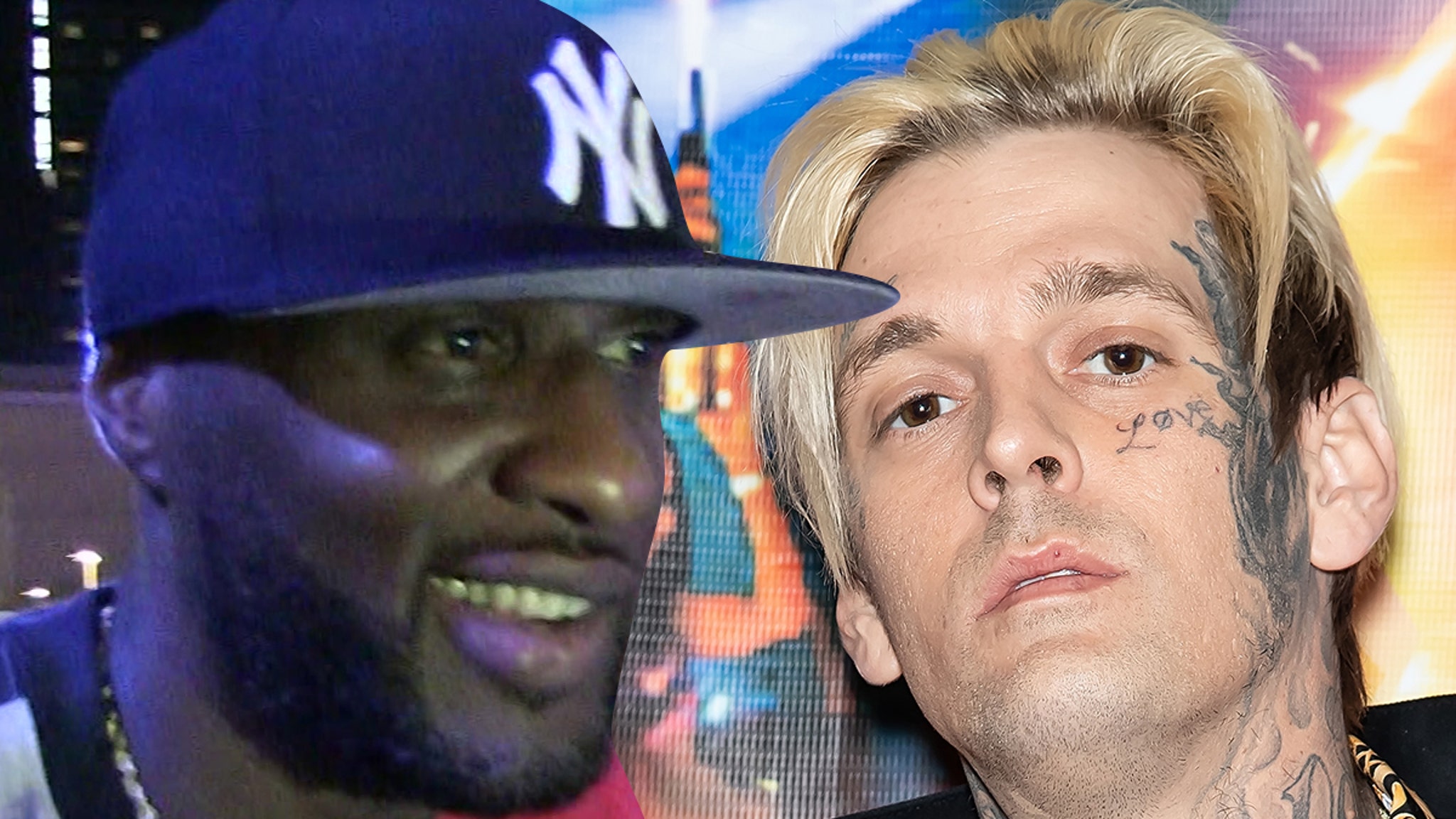 Lamar Odom is a champion once again — the ex-NBA superstar just KNOCKED OUT Aaron Carter in their Celebrity Boxing match!!!

Carter came out SWINGING … hitting Odon with as many punches as his body could handle … but it was clear from the jump — Odom was in control.

The 6’10” Odom and 6’0″ Carter duked it out for 2 rounds at the Showboat Hotel in Atlantic City … but the Lakers champion was gonna have no issue handing the former pop star in the ring.

As we previously reported, UFC Hall of Famer Chuck Liddell told us he was gonna let the dudes fight … and that’s exactly what happened — LO and AC were throwing punches left and right.

But ultimately, Carter didn’t have the same luck he had against Shaq … ’cause it was Odom’s hand that was raised at the end of the night.

The whole event was a party — boxer Paulie Malignaggi, Ice T and Coco were all on the mic to provide fun commentary … and the other fights on the card provided a bunch of fun, too!!

Odom told us before the fight … he was planning to put Carter to sleep … and while he didn’t make that happen, he still came through with the dub.

What’s next for Odom?? Dude says he’s down to take another fight … as long as the money’s right.