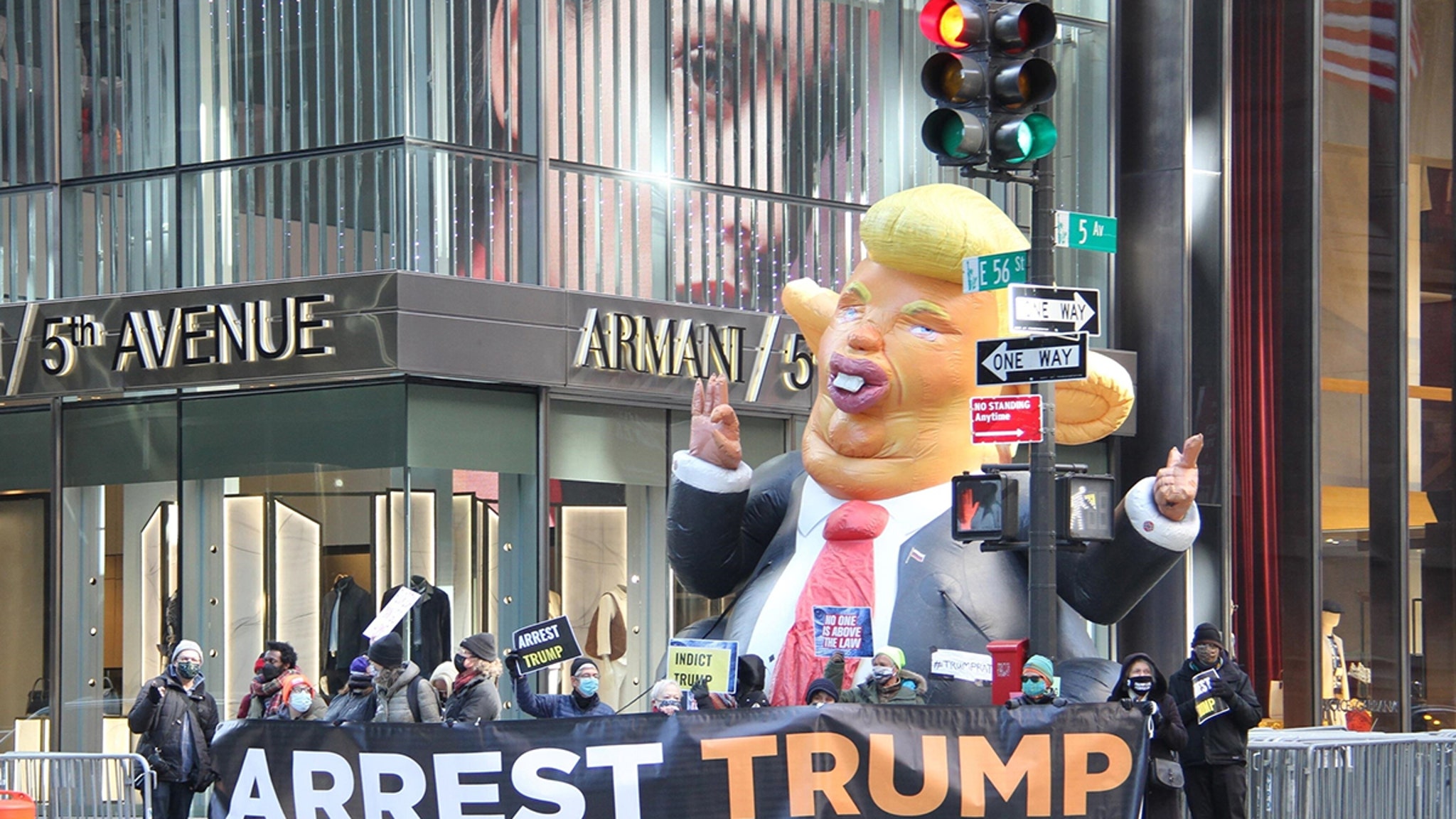 Donald Trump had to know his first trip back to NYC since leaving the White House would be a turbulent one … and the Big Apple is delivering.

There are about a dozen or so protesters outside Trump Tower in Manhattan waving a huge “Arrest Trump” banner. There’s also a giant inflatable caricature of Trump and others are holding signs that read “Go Home Florida Man” and “Indict Trump.” 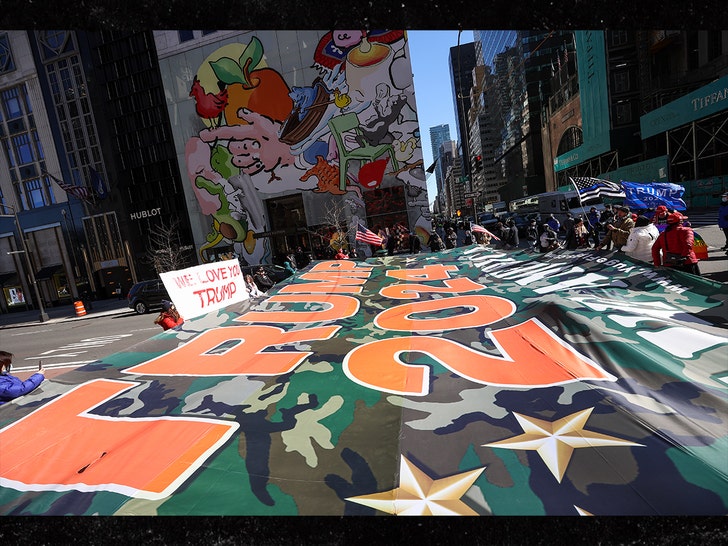 It ain’t all bad news for 45 in the Democratic stronghold of NYC — a throng of Trump supporters also gathered nearby pumping up his potential return to the Oval Office in 2024.

It’s unclear what brought Trump, who arrived Sunday night, back to his old stomping grounds … but it could be tied to his legal problems. The Manhattan D.A.’s Office is currently under investigation Trump for tax and bank-related fraud.

Remember … Trump’s been living at Mar-a-Lago since leaving office, and he officially changed his address from NY to FLA back in 2019. Seems wherever Trump goes … so do banners.