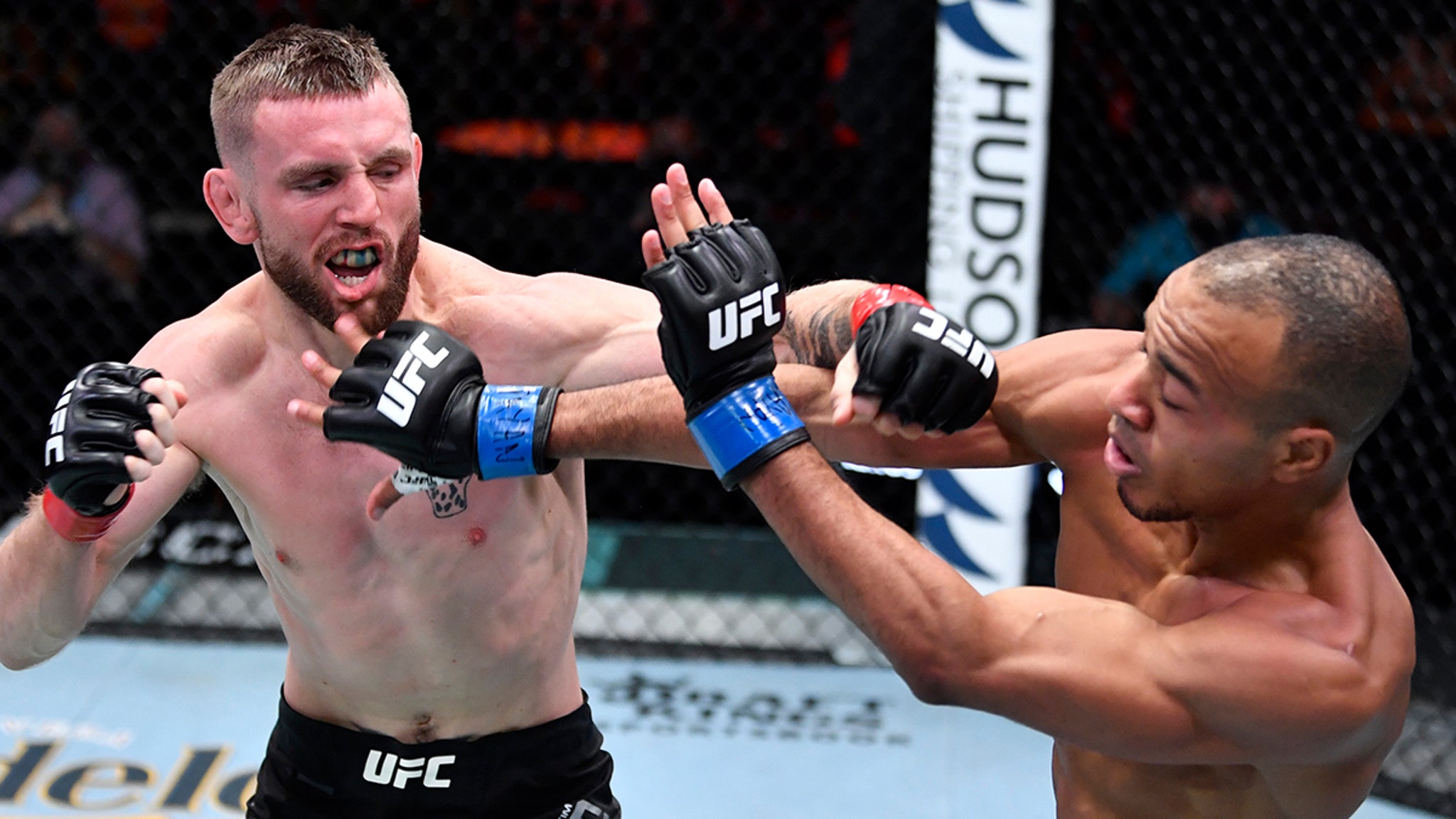 UFC fighter Tim Elliott was multi-tasking Saturday night as he pounded away at his opponent, accusing him of beating his ex-girlfriend … something the opponent’s manager calls “reckless slander.”

Elliott was dominating the flyweight fight to an empty arena, when Elliott appeared to say, “I heard you choked your girl in 2018. Are you a woman beater? She messaged me.” The opponent, Jordan Espinosa, responded, “Did she? You don’t know the whole story.” Elliott shot back, “I know enough,” to which Espinosa said, “You don’t know s***.”

Elliott won the fight by unanimous decision. When it was over, Espinosa’s manager, Bryan Hamper, called the accusation, “Reckless slander.”

After the fight, Elliott told reporters, “I didn’t say that for anybody else to hear, because I don’t know the whole story.” He says he was messaged texts and photos between Espinosa and a woman and there were photos of the woman with choke marks around her neck. He added, “… it’s not something I wanted the whole world to hear. That was supposed to be between him and I. I didn’t know the mic was going to pick up on it.”