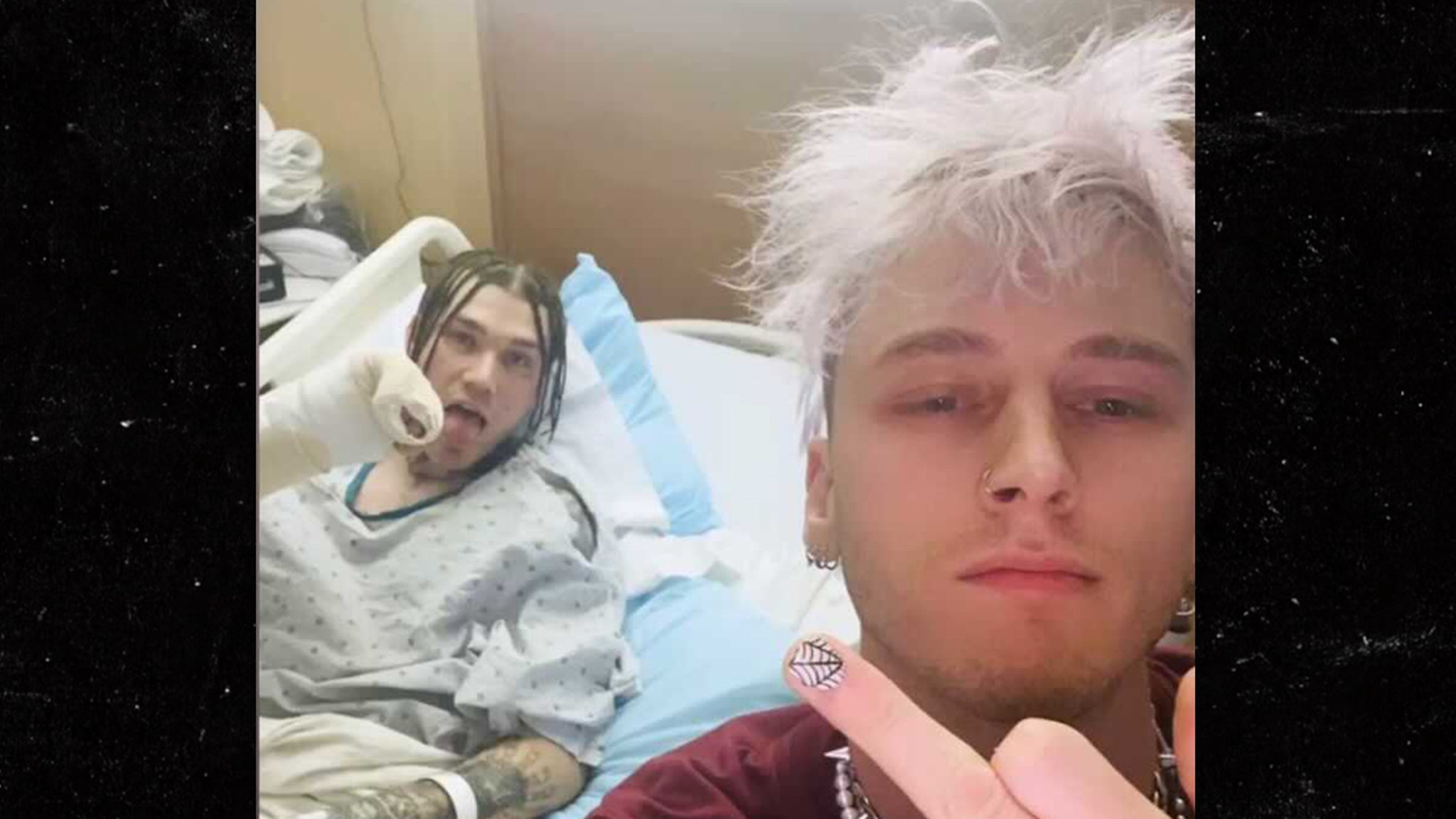 Machine Gun Kelly‘s drummer got attacked, robbed and hit by a car … according to law enforcement sources, but he says he’s going to bounce back.

We’re told JP Cappelletty — better known as Rook, MGK’s drummer — was walking down a street in the Hollywood Hills Tuesday night around 8 PM, when 2 guys jumped out of a vehicle to rob him.

Our law enforcement sources say there was a physical altercation, and Rook had thousands of dollars worth of property stolen from him. We’re told at some point, he was also hit by a car, which injured his foot and arm. 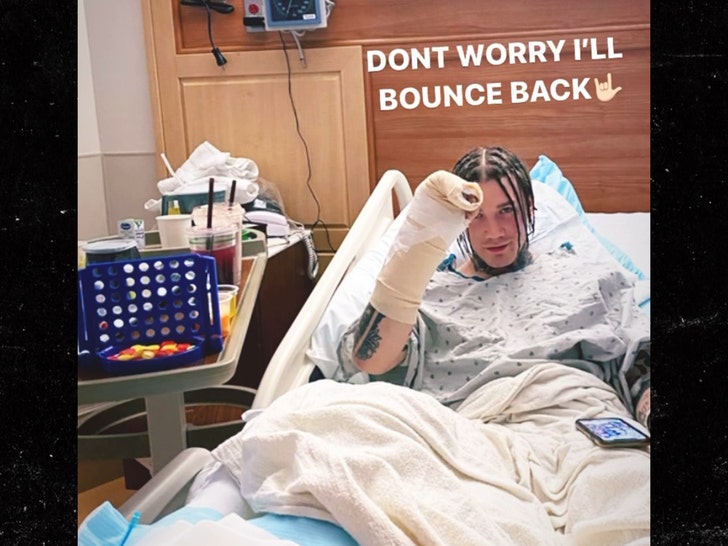 Rook posted a pic from his hospital bed Wednesday showing his right arm and hand in a cast, and another with MGK visiting him. Rook says, “Don’t Worry I’ll Bounce Back.”

Our sources say the suspects got away, and while it’s unclear if they were armed … they certainly used force to rob the drummer.

Rook’s been tight with MGK ever since he scored the drumming gig back in 2012 — when he was a high school senior — and joined him on tour.