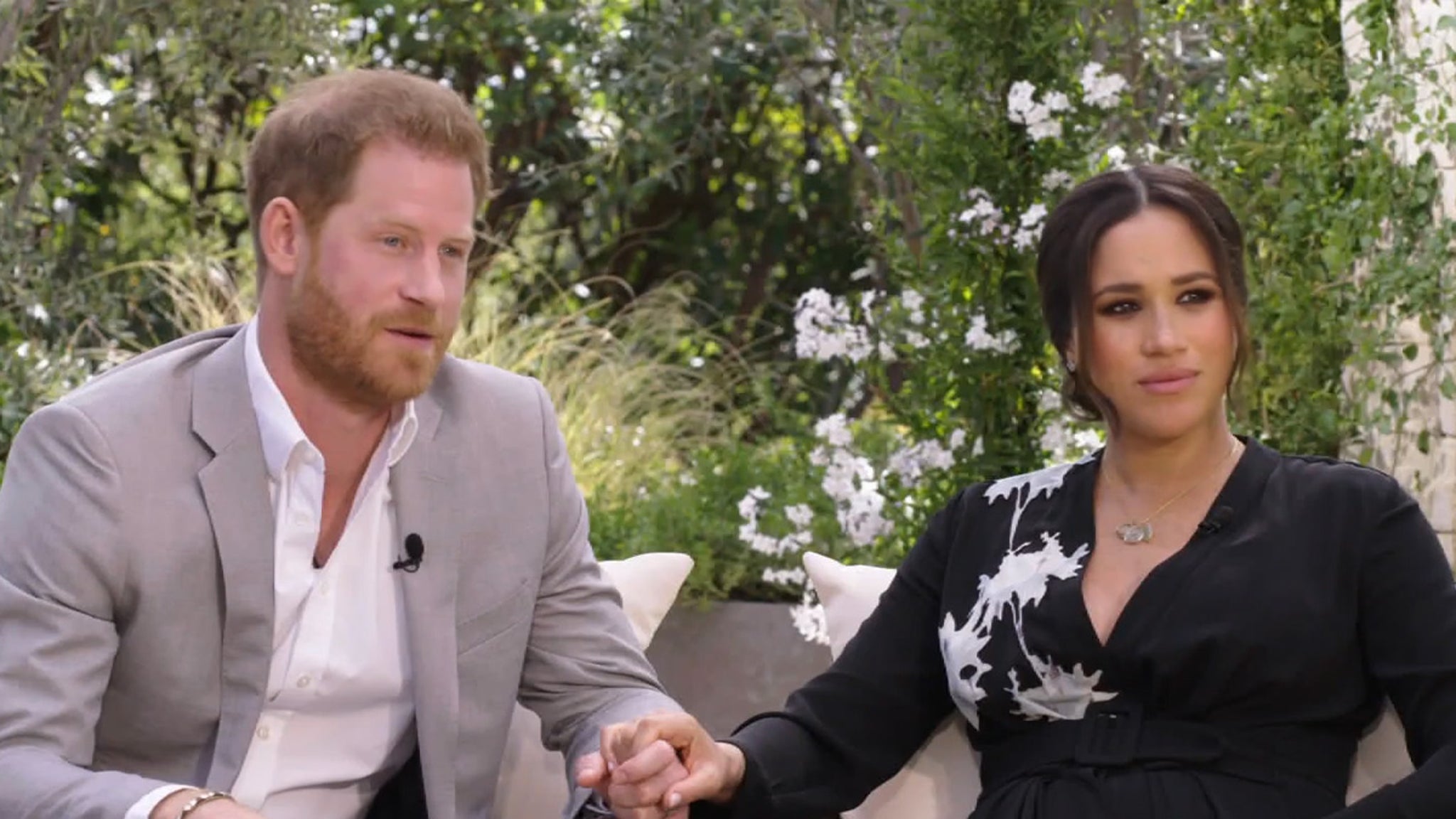 Prince Harry & Meghan Markle are about to drop some bombshells about their Royal lives … at least that’s how Oprah‘s teasing her sit-down with the couple.

The Duke and Duchess of Sussex apparently allowed O to broach any topic she wanted for their upcoming 2-hour primetime TV special, “Oprah with Meghan & Harry,” which hints at some “shocking” revelations … including a suggestion Meghan’s been “silenced” by Queen Elizabeth and the Palace.

CBS Presents Oprah with Meghan and Harry: A Primetime Special in one week. #OprahMeghanHarry pic.twitter.com/WCyoHDMCaP

As for Harry … both promo clips show him talking about his late mother, Princess Diana, and expressing his concern that his life would tragically end up like hers if he didn’t do something about it.

As we reported, Harry recently confided in James Corden that he stepped away from his senior Royal responsibilities and left the UK with his family to protect them … and his own mental health.

Oprah’s interview airs Sunday and is already being heralded by her friend, Gayle King, as the best she’s ever done in her career. King says the chat was filmed in the yard of a friend’s house … not at Harry and Meghan’s or Oprah’s Montecito pad.