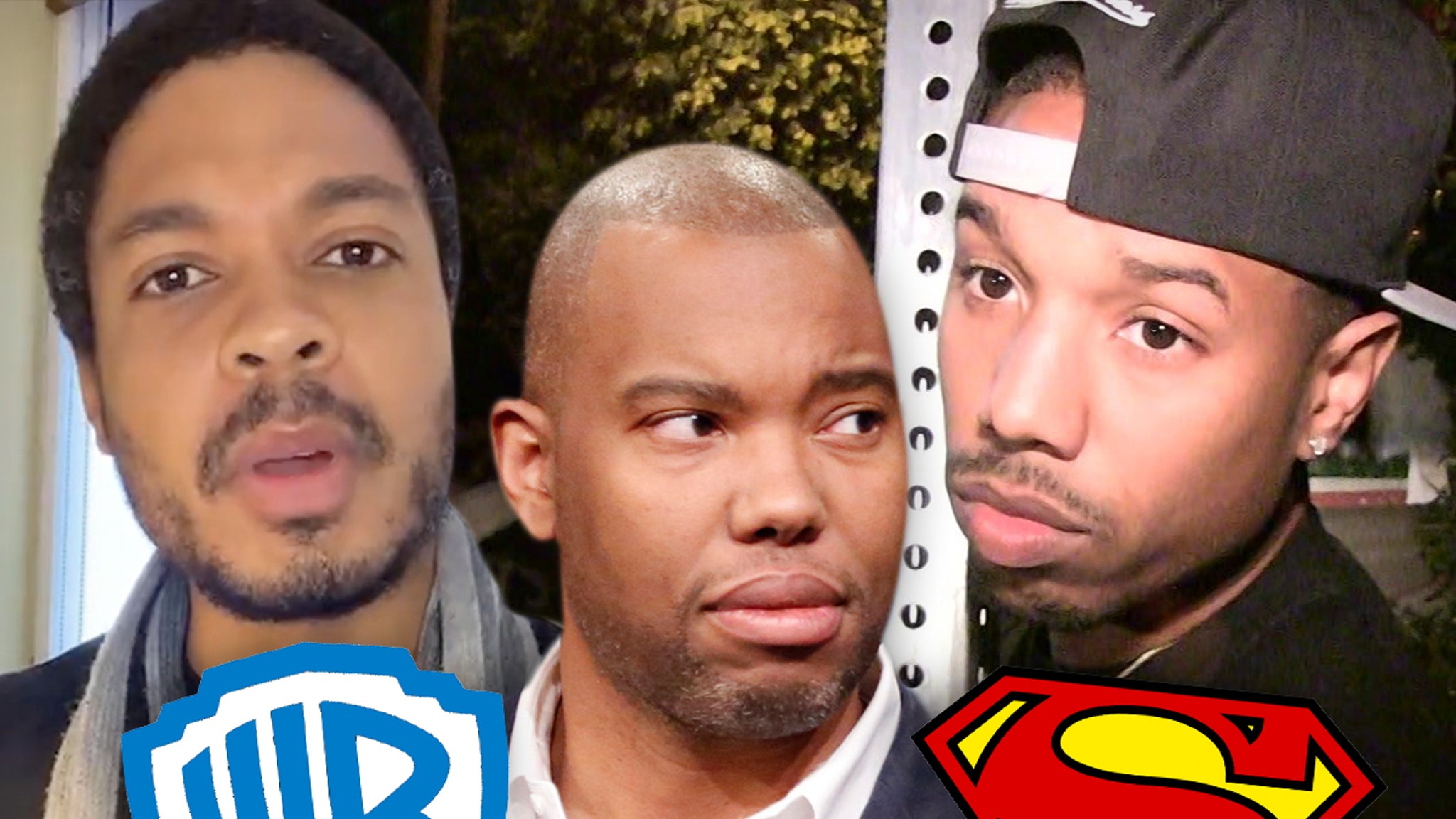 A Black Superman film might be among us soon — but a Black actor who already starred in a DC flick is pouring cold water on it, re-affirming his claim he experienced racism on WB’s watch.

Ray Fisher — who played Cyborg in 2017’s ‘Justice League’ — reminded folks Saturday that as hyped as they were on the idea of Michael B. Jordan potentially donning the red cape … there are still issues he believes run deep at the studio.

Do ya’ll remember that time Walter Hamada and @wbpictures tried to destroy a Black man’s credibility, and publicly delegitimize a very serious investigation, with lies in the press?

He resurfaced claims he made last year against Warner Bros. and a handful of WB execs, including Walter Hamada … whom Fisher alleges swept his concerns under the rug, and tried covering for another exec, Geoff Johns, while using other folks involved in ‘JL’ as scapegoats.

It’s a long story, but essentially … Fisher claims director Joss Whedon (who replaced Zack Snyder mid-shoot) was abusive on the set, while also alluding to racist behavior — without getting into the nitty-gritty. Fisher alleges when he brought these issues to the attention of Hamada — the Prez of DC Films — the guy gave him lip service and brushed him off.

On top of all that … Fisher claims WB’s independent investigation into his claims — which found no evidence to back his characterization — was also BS, and hindered by Hamada.

As I’ve said from the start:

Walter Hamada ATTEMPTED to interfere with the JL investigation.

He was unsuccessful in doing so because I did not allow him to.

Having the investigator make a statement claiming there was no interference is purposely misleading and desperate.

The backdrop to all this, of course, is that it was reported this past week author Ta-Nehisi Coates, an African-American, would be penning a new Superman reboot — with J.J. Abrams attached to produce — and that WB’s “intent” was to intro a Black Superman.

That kicked the rumor mill into high gear that MBJ would be brought on — which had been speculated about some years back. Some say he could play Val-Zod … a Black character from Krypton who’s part of DC canon, and who’s got all of Kal-El’s superpowers.

It’s a neat idea, but Fisher seems to think it’s nothing but an empty make-good — in light of what he claims happened to him. For the record, WB denied Fisher’s claims before, and doubled down again Saturday … saying there’s simply no truth to it.

A rep for the studio says, “As we have stated before, an extensive and thorough third-party investigation was conducted. Our executives, including Walter Hamada, fully cooperated, no evidence was found of any interference whatsoever, and Warner Bros. did not lie in the press.” They add, “It’s time to stop saying otherwise and move forward productively.”