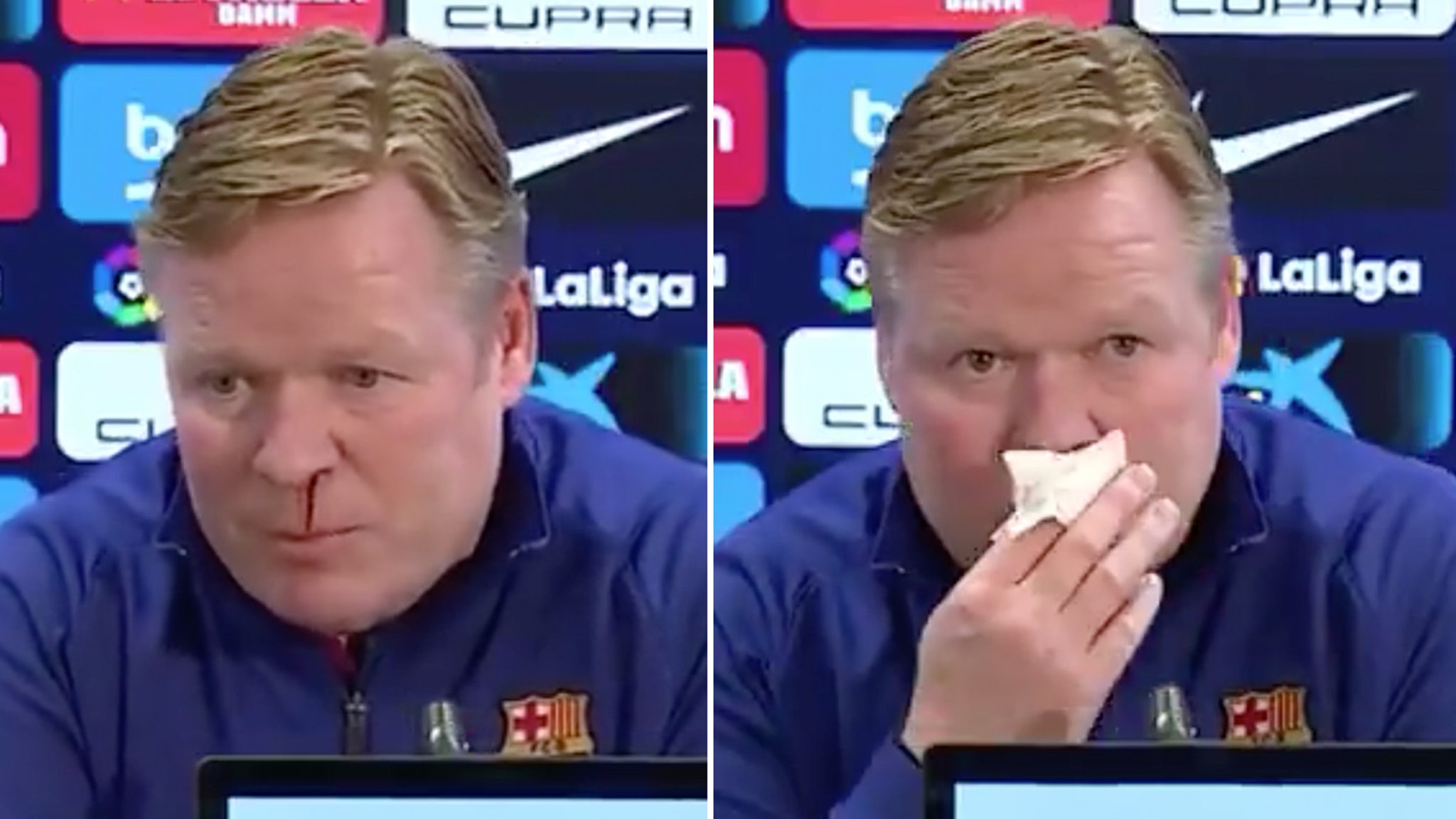 Scary moment for Barcelona’s Ronald Koeman … the star soccer coach suffered a profuse nosebleed during a news conference — and had to cut the talk with reporters short over it.

The bizarre scene all went down Friday when 57-year-old Koeman began bleeding from his nostril while he was trying to help media members preview Barca’s Saturday game against Sevilla.

You can see in the clip … as journalists asked Koeman questions, he began to wipe at his nose.

Suddenly, a streak of blood poured down to his lips … and Koeman struggled to get it to stop, despite using multiple tissues and paper towels.

Eventually, Koeman had to rush out of the news conference to take care of the issue.

The most terrifying part? The same thing had reportedly happened to Koeman just a few weeks ago.

Club confirm Koeman OK. @fansjavimiguel explains he takes blood thinners after his heart problem and they’re the cause of the nose bleeds

Fortunately, Barcelona officials told reporters later Friday that Koeman was okay … and the bloody noses were just a side effect of the blood-thinning, heart medication that the coach takes.

Koeman — who had to have heart surgery back in May 2020 after a heart attack — is expected to coach in Barcelona’s Saturday game without issue.