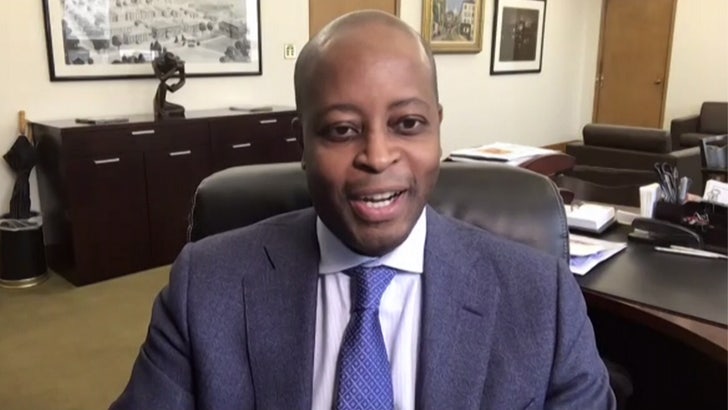 Howard University’s President says the money that’s been pouring into the school is a testament to its dedication to diversity, and yes … its connection to famous alums like VP Kamala Harris.

Dr. Wayne Frederick joined us on “TMZ Live” Friday on the heels of receiving a massive $20 million donation from the Marriott Foundation for a hospitality leadership center … something he tells us has been in the works for a while.

The center will be named the Marriott-Sorenson Center in honor of Marriott’s late CEO Arne Sorenson, who Dr. Frederick says was devoted to diversity and shared the same values as Howard U.

Speaking of diversity, Dr. Frederick dropped a huge hint that Howard will be making a huge progressive step when it hires its next president … at least, it will if he gets his wish.

Seems he’s seeking a female candidate to make history — much like VP Harris, but just at HU. As Dr. Frederick put it … the time is now, especially considering the makeup of Howard’s student body.