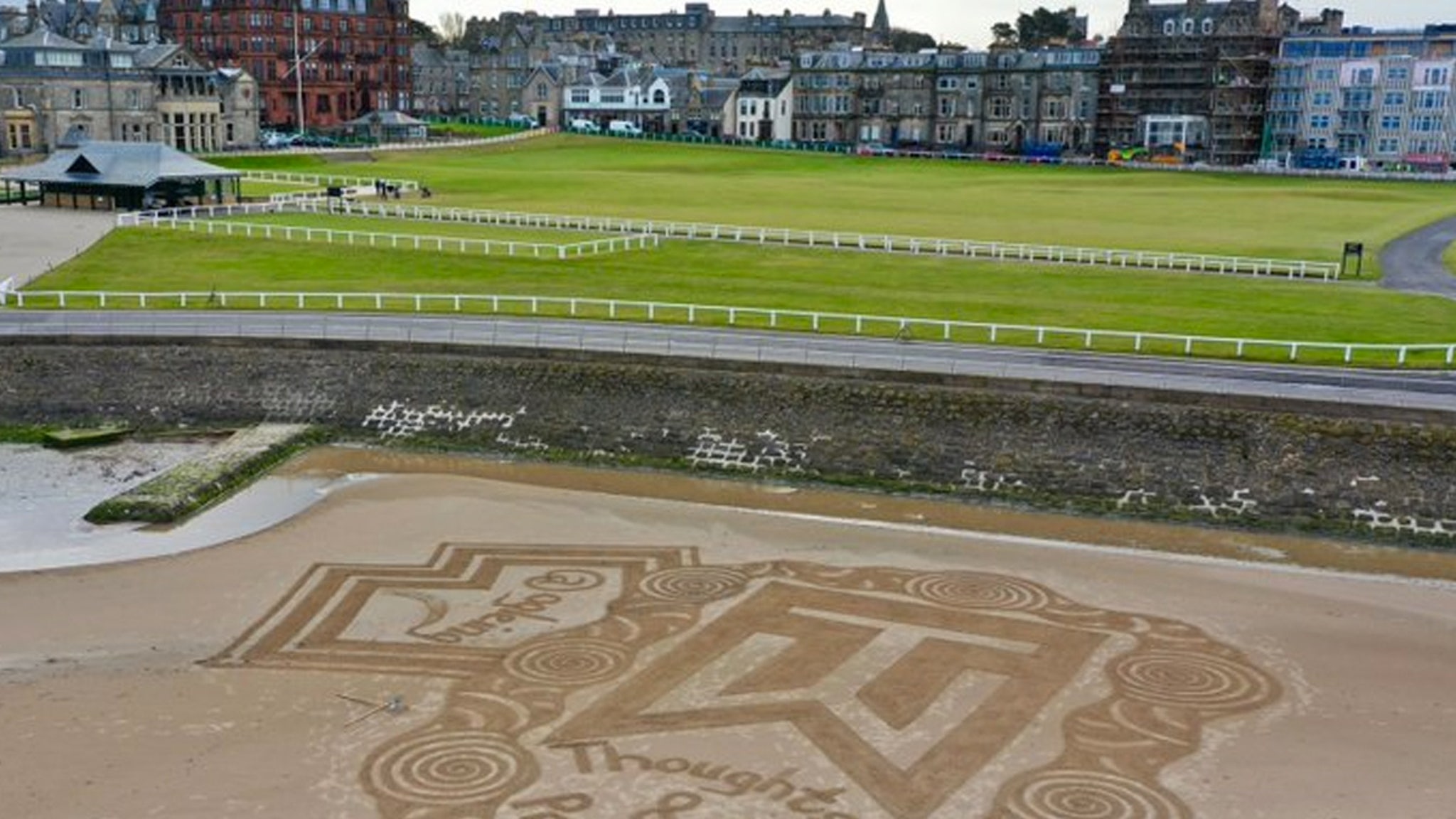 Tiger Woods continues to get support from all over the world — including a beautiful sand art tribute in a bunker at the St. Andrews Links in Scotland.

Of course, St. Andrews is considered the oldest golf course in the world — dating back to the 15th century.

Tiger has famously won the Open Championship at the Old Course at St. Andrews twice — first in 2000 and again in 2005.

So, to pay tribute to the former champ … Robert Lloyd, one of the staffers at St. Andrews, decided to bust out his tools and create a piece of art for Tiger. 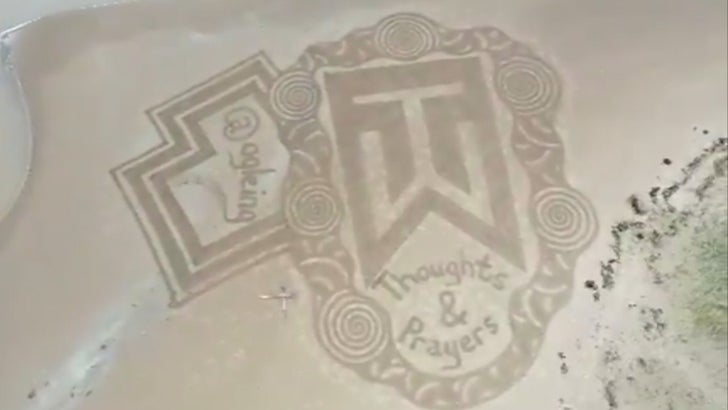 The final piece included the famous TW logo and the words, “Thoughts & Prayers.”

Lloyd — an American living in Scotland — tells TMZ Sports the project took him around an hour to complete.

Woods was seriously injured in a Feb. 23 car crash — and required emergency surgery to stabilize a badly broken right leg.

Unclear if Woods will ever be able to play again — but his impact on the game will be remembered forever.