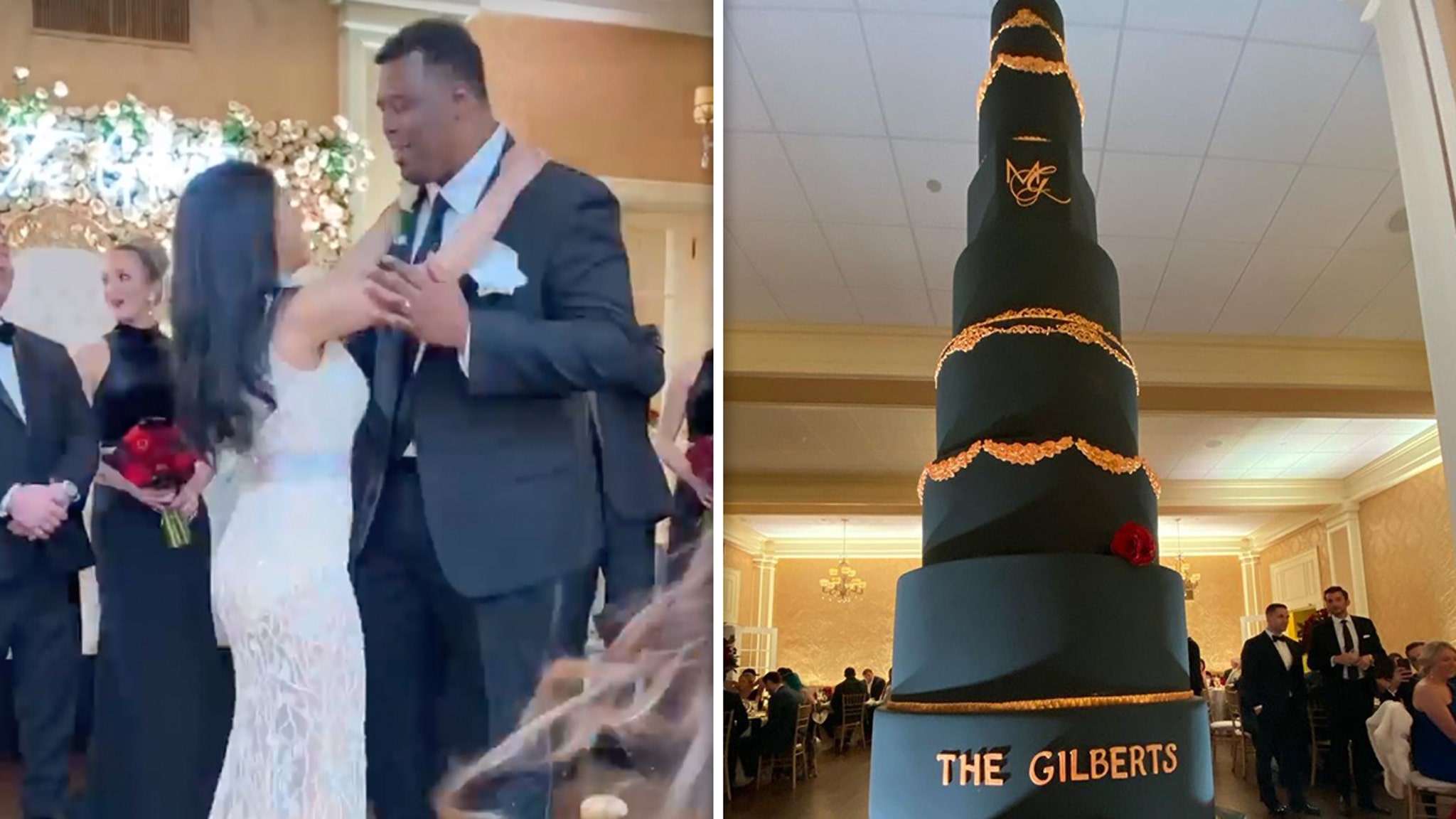 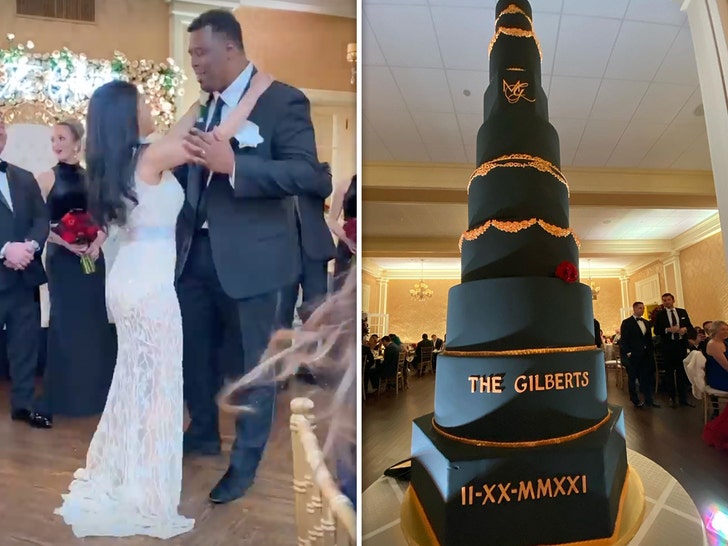 Arizona Cardinals tackle Marcus Gilbert and his former beauty queen fiancee, Madison Gesiotto, tied the knot at a star-studded ceremony over the weekend … and holy crap, have you seen their cake?!?!

The couple — who got engaged back in July 2020 — hosted their closest family and friends as they got hitched in Canton, Ohio on Saturday … and it looked like one heck of a party.

Gilbert’s NFL friends like the Pouncey twins and Carlos Dunlap showed up for the bash … and there’s no way anyone left on an empty stomach.

Folks in attendance were served with chicken piccata and risotto, which is nice and all … but the REAL takeaway is the black and gold 9-layer cake that was served for dessert!!

The cake featured the couple’s “MG” initials on top … as well as “The Gilberts” and the date of their wedding, February 20, 2021, near the base.

What’s equally impressive?? The whole party got in on a Hora chair dance during the reception — including Gilbert, who is reportedly 6’6″, 330 pounds!!

Of course, Gesiotto is former Miss Ohio USA 2014 … and went on to become a political analyst. She is well-known for her support of the Republican party and President Donald Trump. 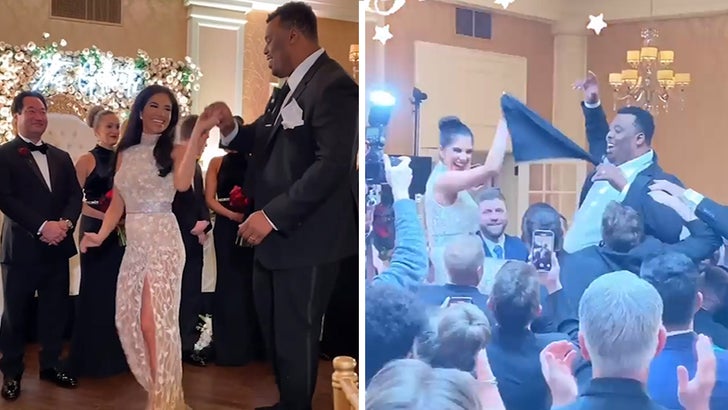 Gilbert has been in the NFL since 2011 … and played for the Pittsburgh Steelers until 2019, when he joined the Cardinals.