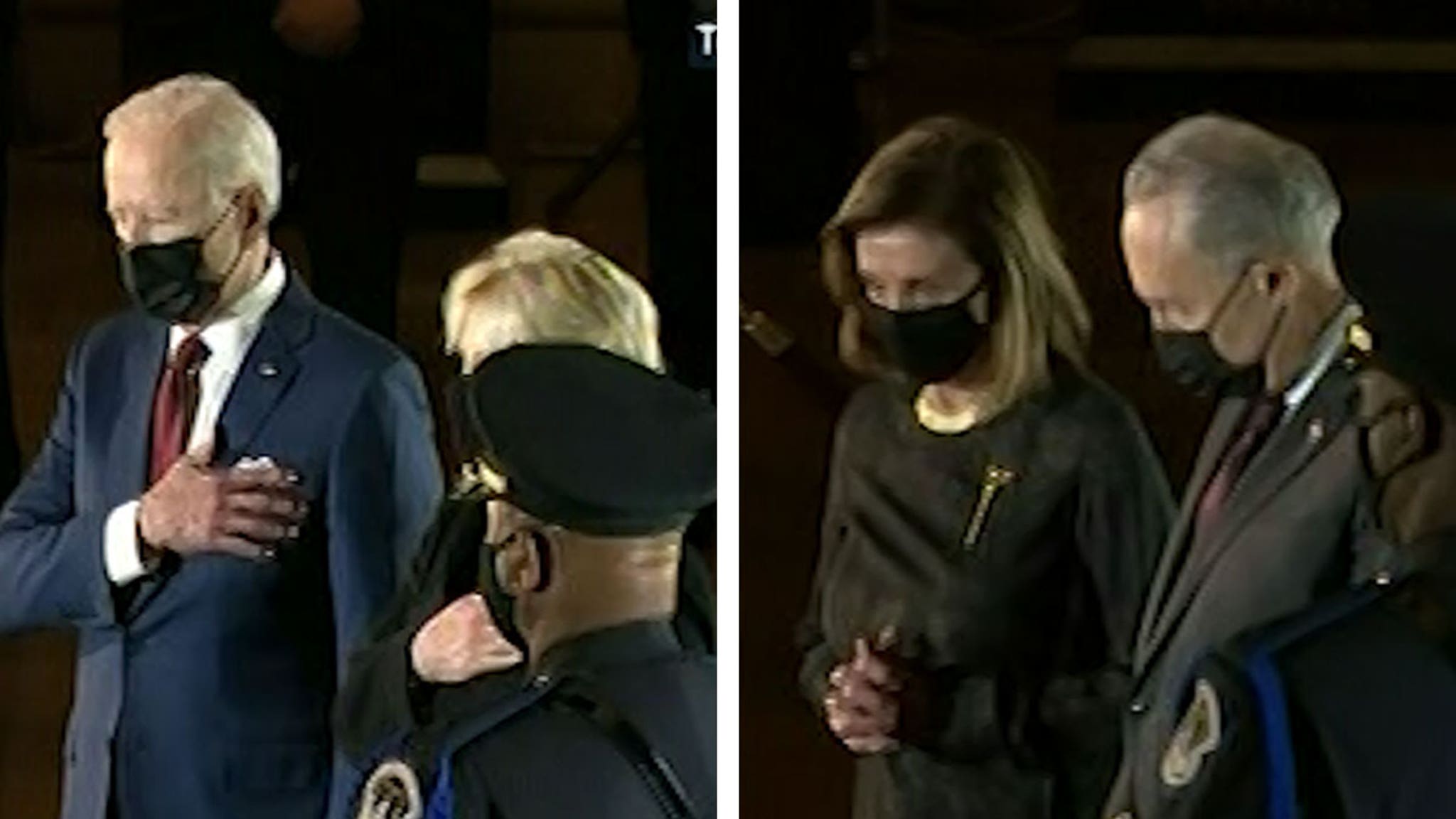 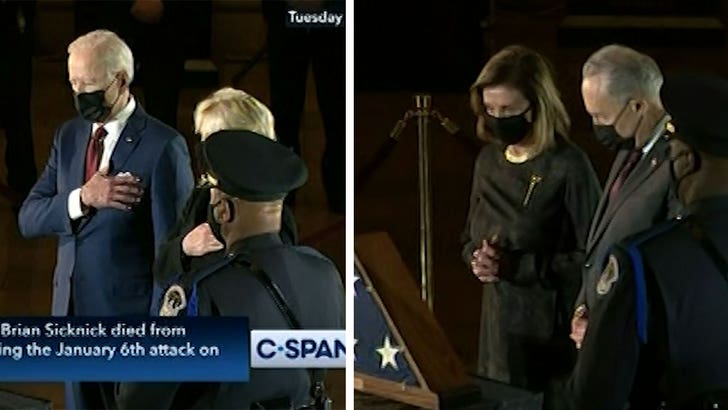 President Biden and First Lady Jill Biden are among the dignitaries paying respects to Capitol PD Officer Brian Sicknick … who was killed during the Jan. 6 insurrection.

The Bidens arrived, unannounced, Tuesday night at the Capitol and walked up to the table where Sicknick’s remains were placed in the Capitol Rotunda — the hallowed ground the officer was defending when he was killed.

The President’s somber visit stands in stark contrast to his predecessor — as former President Trump is about to stand trial in the Senate for inciting the very riot that cost Sicknick his life.

Several members of Congress — including House Speaker Nancy Pelosi and Senate Majority Leader Chuck Schumer — also paid their respects. Sicknick died in a hospital on January 7 from the injuries he’d suffered during the failed coup.

He is just the fifth private citizen to lie in honor at the Capitol. Two other Capitol cops — killed in the line of duty in 1998 — along with Rosa Parks in 2005 and Billy Graham in 2018 also got the honor.

Sicknick’s remains will be laid to rest at Arlington National Cemetery.