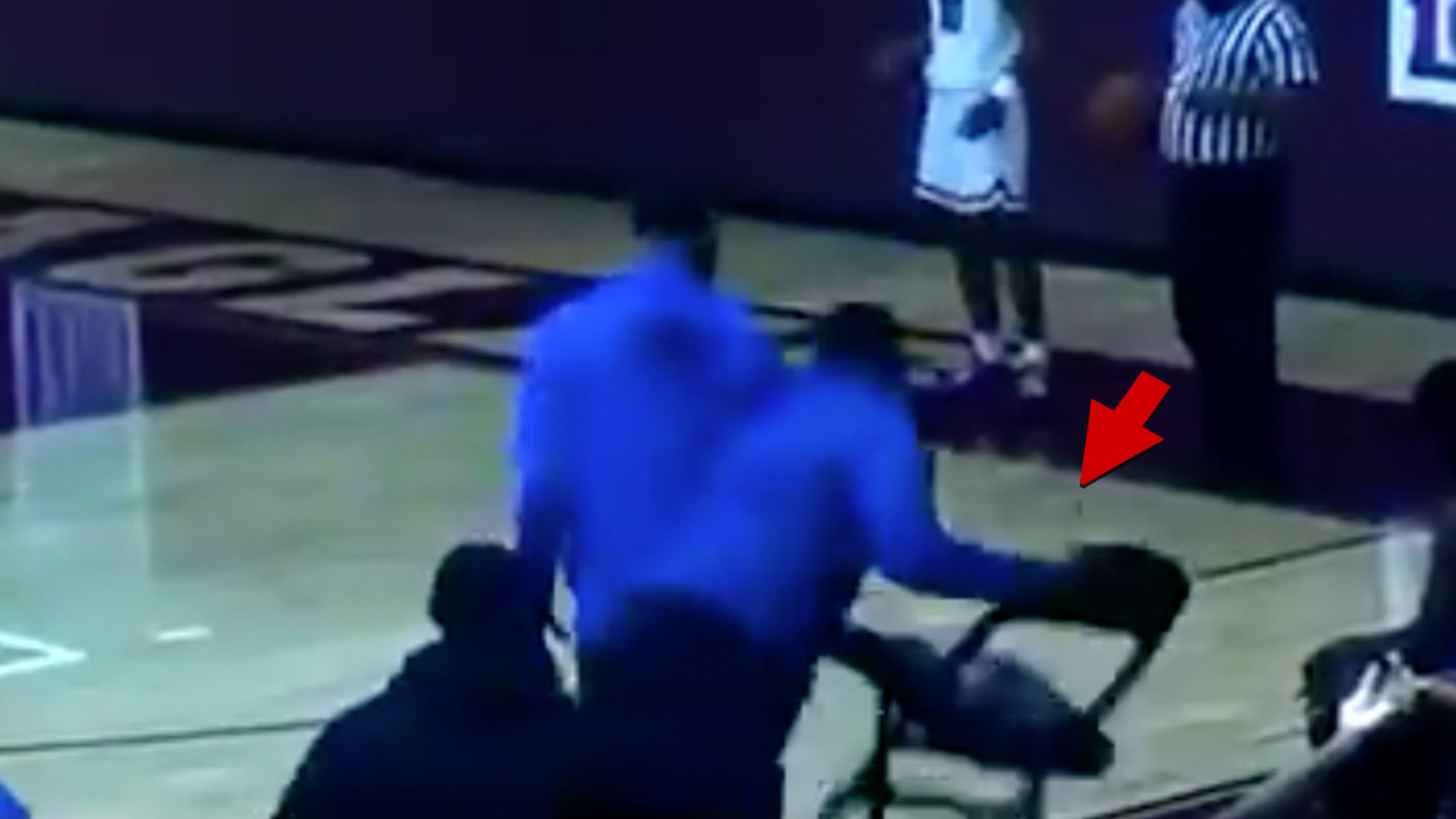 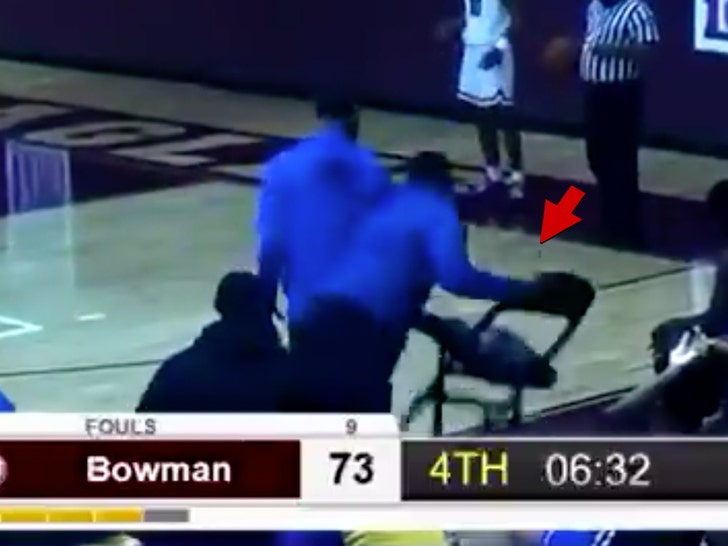 Here’s a shocker … the Indiana high school basketball coach who went viral for throwing a chair on the court during a game last week has just been fired.

Moore’s team was down by 8 with 6:41 left in the game — and in their comeback attempt, one of his players was called for a travel … which set off the coach, who obviously disagreed with the call.

In the vid, you can see Moore’s coaching staff TRIED to restrain the guy as he reached for a chair … but he eventually got his hands on one and LAUNCHED IT on the court!

The tantrum continued and Moore tried throwing yet another chair — but he was thwarted again. So, he grabbed a ball and hurled that instead — forcing the refs to eject him from the game.

So I just saw this video from a high school game last night in Indiana. You’ve got to be kidding me that there are still coaches doing this. Referees don’t deserve this type of disrespect. I wonder what the @IHSAA1 is doing? #Ridiculous pic.twitter.com/ohmlOlh0hi

The incident triggered the Indiana High School Athletic Association to launch an investigation into the incident … and on Monday, Moore revealed he’d been fired.

“I have been relieved of my duties by LCPA as boys coach,” Moore said on Facebook … “I would also like to thank the parents and players for letting me lead them day in and out it was a pleasure and great ride.”

Over the weekend, Moore told the NWI Times he “had a chance to reflect” on the incident and admits he could have handled the situation better.

“We talk to our kids about sportsmanship, and we don’t condone technical fouls and the type of acts that I displayed. I never want any of my players to display that kind of behavior, so I probably could’ve found a better way.”

FYI, Bobby Knight was only suspended for ONE GAME when he threw a chair onto the court during an Indiana vs. Purdue game in 1985.