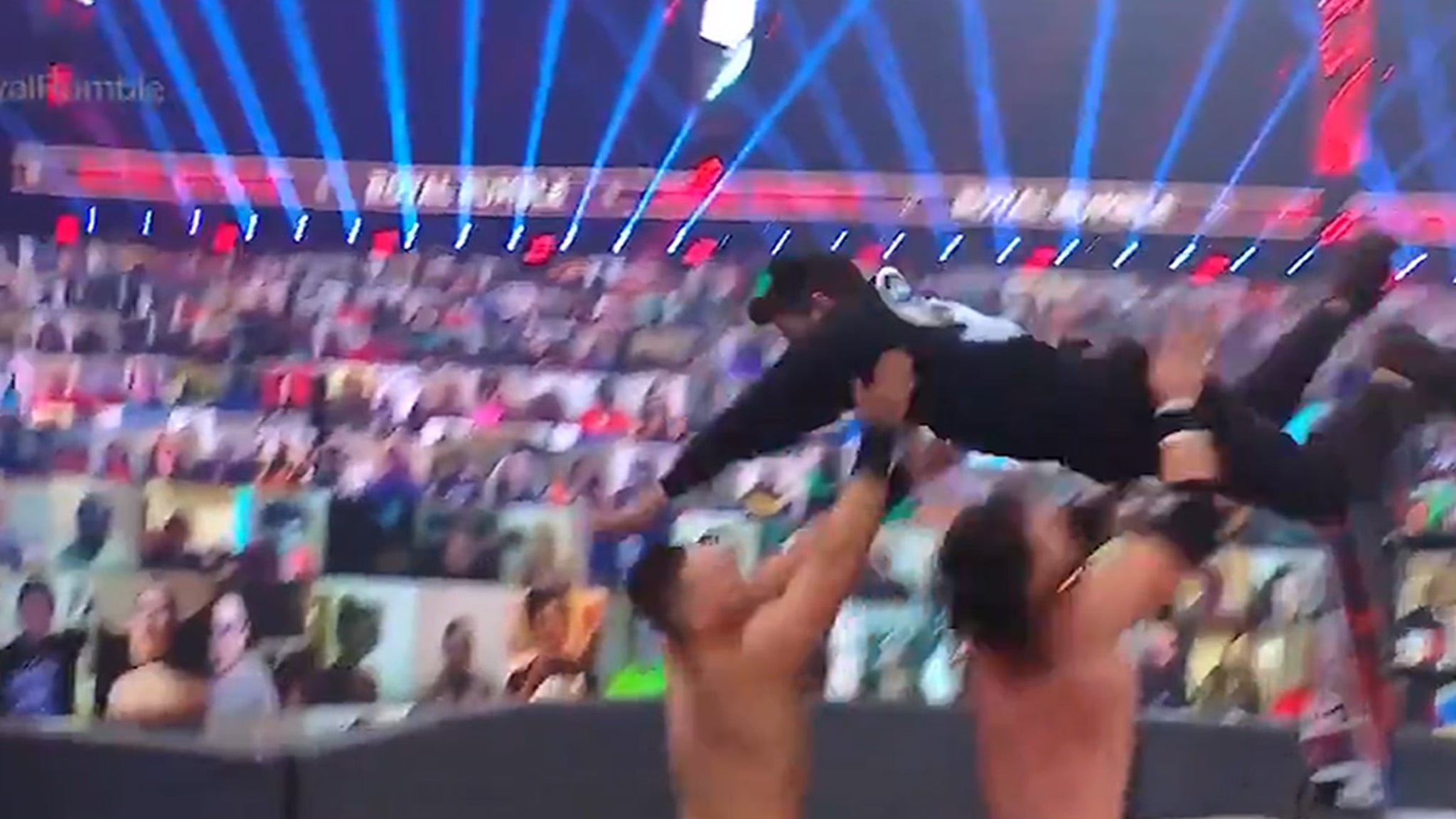 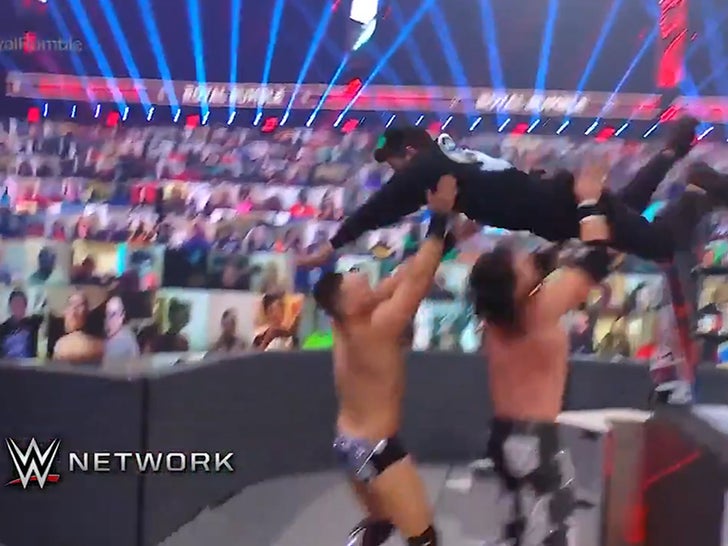 That’s right … the Puerto Rican rap star busted out a frog splash at the Royal Rumble, screwing over two WWE superstars in the process.

… and it was pretty awesome!!!

But during the show, he got into it with WWE superstars The Miz and Morrison — who pitched Bunny on a musical collaboration.

Bunny shot those guys down … and they responded by trashing Bad Bunny’s DJ’s gear before the Rumble started.

You following this? Okay, great.

During the Rumble, Bad Bunny decided to charge the ring to get even with Miz and Morrison — but security stepped in and got in the way.

But, the chaos distracted Miz and Morrison for JUUUUUUST long enough — allowing wrestler Damian Priest to toss M&M out of the ring, eliminating them from the match.

While they were down, Bunny climbed to the top rope and busted out a frog splash — hitting both of his newfound enemies in the process!

Bunny’s jump was actually pretty impressive compared to other celebs who’ve tried it ( … lookin’ at you Snoop).

Pretty cool moment for Bunny, who’s a known wrestling fan —  who once had Ric Flair in one of his music videos.

Now someone get that dude some ice!!