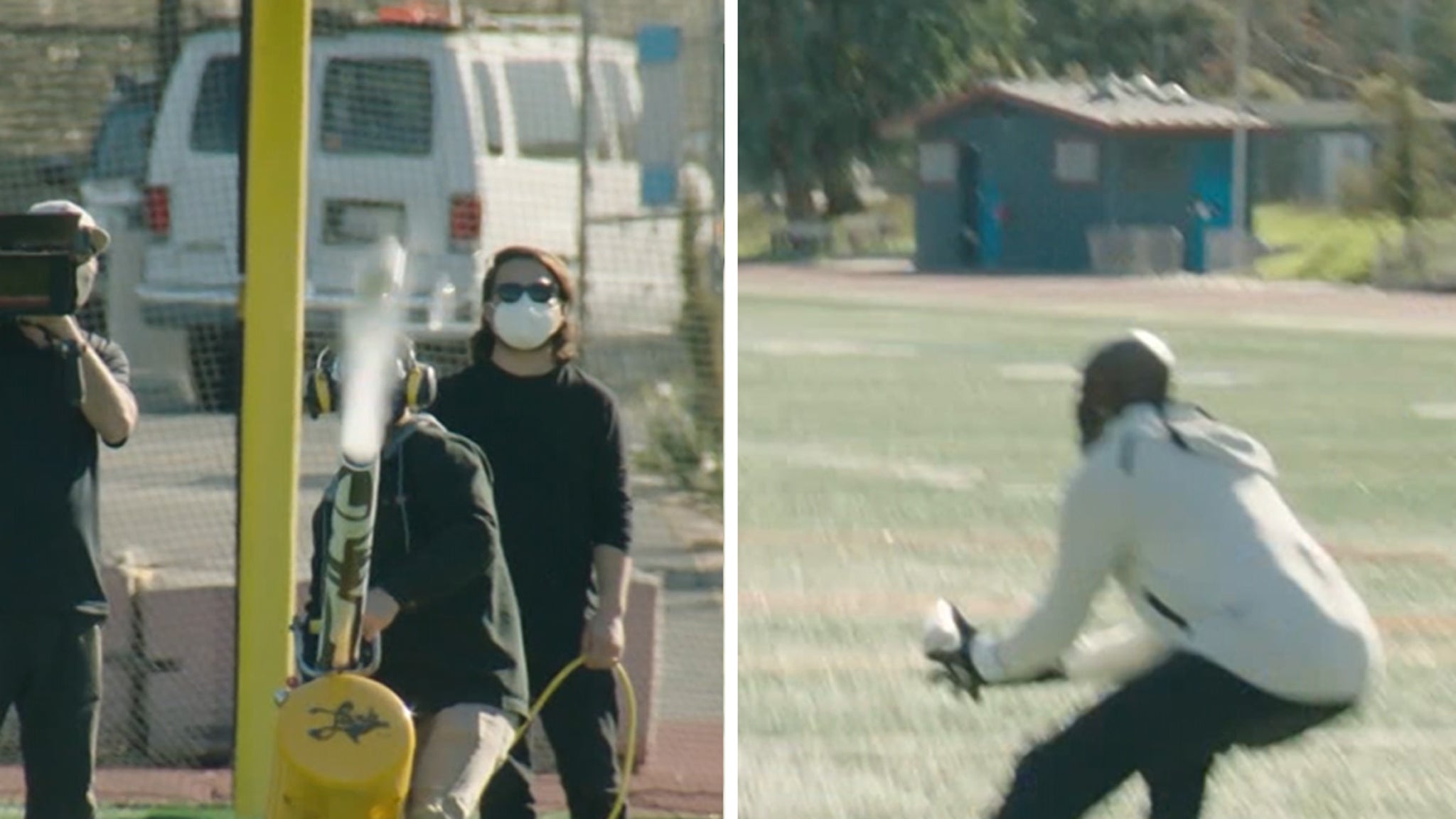 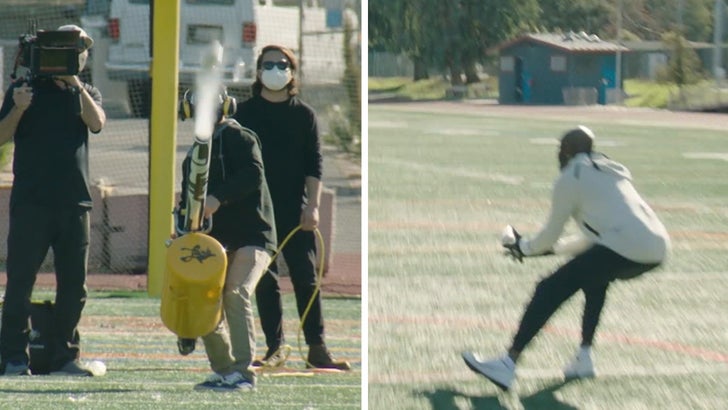 This is actually super impressive …

Jerry Rice — the greatest WR of all time — hauled in a 100-yard flying burrito shot out of a frickin’ cannon … and the raw video is way more impressive than you’d think!!!

Here’s the deal … Rice was shooting a spot for Postmates in which he was supposed to run a streak down the sideline and catch a burrito wrapped in foil.

Watch the video below — it was actually really tough!!! Jerry explains the burrito hangs in the air for a long time and moves a lot with the wind, so it’s super hard to track down. 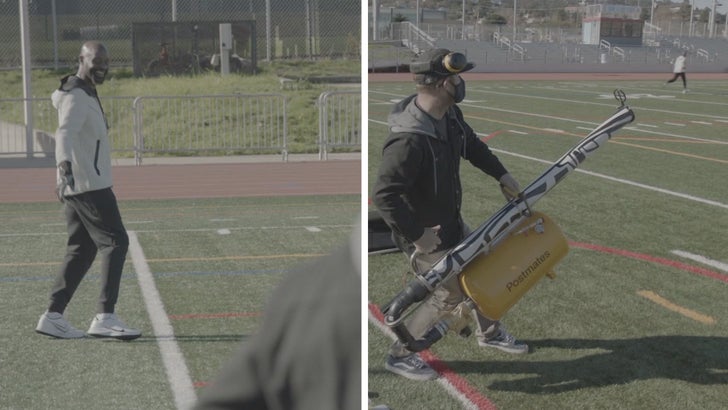 Even the great Jerry Rice — whose hands are legendary — couldn’t get a grip on the flying burrito on the first shot.

The cannon operator asked Jerry if he wanted to chow down on the food in between takes — but Rice wouldn’t have it … telling the guy he needed to make the catch before enjoying the meal.

By the way, props to 58-year-old Rice who was sprinting up and down the field — 100 yards at a time!! This dude is still in crazy good shape!