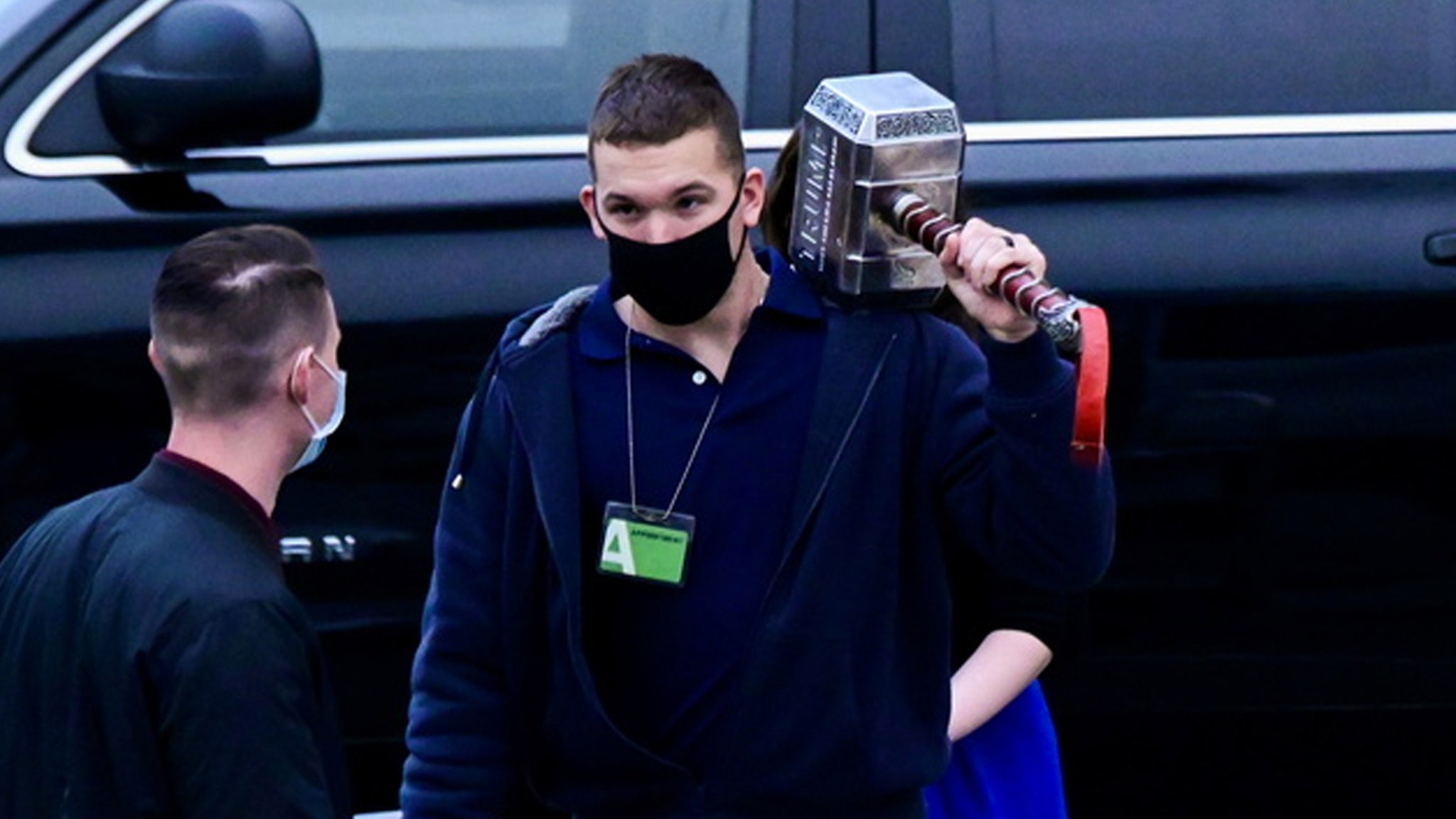 Donald Trump is no Theodore Roosevelt … instead of carrying a big stick, Trump wields the hammer of Thor!! Who knew?

Check out what was just carried out of the White House … a large, silver hammer engraved with the President’s last name. We don’t know if it’s Marvel-issued, but it’s a dead ringer for Thor’s fave toy.

We all know Trump loves putting his name on buildings, so the engraved movie prop seems par for the course.

Hard to fault him for coveting this memorabilia, though … even the dude from the National Archives and Records Administration who’s hauling it away seems more than happy to be hauling it out.

It’s been super interesting to keep an eye on Trump’s trinkets being taken away from The White House this week … like the mini baseball bat in storage containers marked “Presidential Library Gifts,” and the bust of Abraham Lincoln.

Turns out the Oval Office has as much junk as yours!!