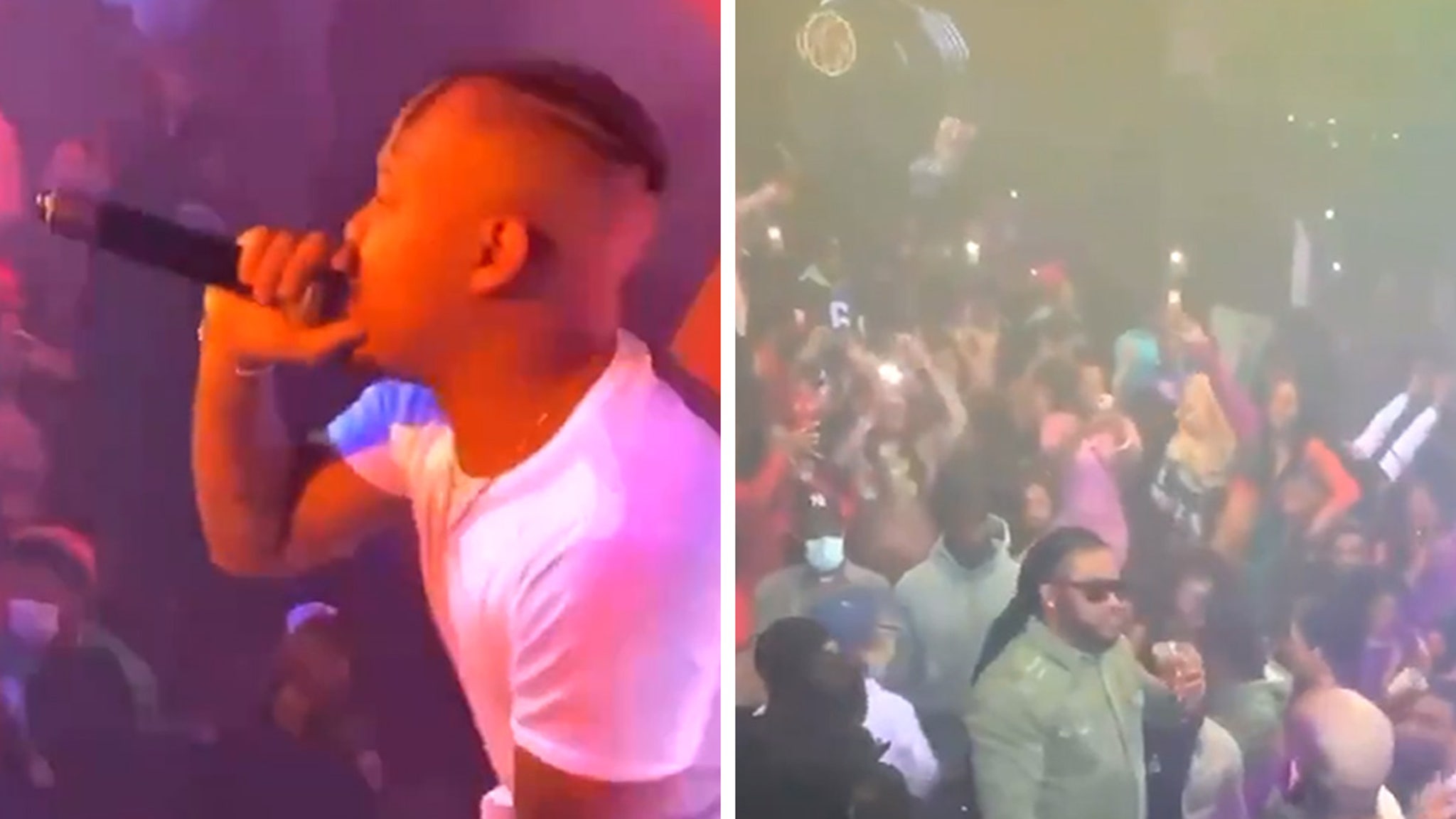 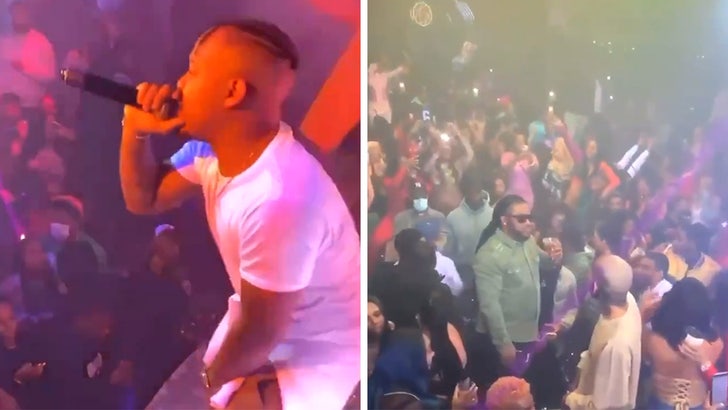 Bow Wow‘s catching heat for performing at a packed club this weekend, but more than him … the people who put their lives at risk here who are catching major heat.

The rapper was one of a handful of artists who showed up Friday night to Cle Houston for a bash celebrating club promoter Larry Morrow’s birthday … with some footage from the event leaking online, showing just how packed it got — packed and mostly unmasked.

Meek Mill and J. Prince Jr. were also there … neither seemed to be wearing masks.

Anyway, the clip making the rounds captures the audience below the stage, and it’s clear there’s upwards of 100 people (and probably more) looking on as Bow Wow performed. They were singing the lyrics to his song “Like You” … before BW jumped in to finish it off.

People were quick to criticize Bow Wow for participating in what appears to be a clearly unsafe event, especially as the pandemic continues to rage and cases surge — especially there in Houston, which just reported over 24k new positive patients Friday alone.

I thought about it and have decided I’m not willing to die for Bow Wow. https://t.co/xuPxBKKB1X

Along with the criticism came jokes at Bow Wow’s expense, with many openly wondering why anyone in their right mind would put their life on the line for … a Bow Wow show. Even actor Zach Braff got in on the mockery, writing … “I thought about it and have decided I’m not willing to die for Bow Wow.” A lot of other folks felt the same way.

Of course, this comes about a week after he posted a video of himself on a boat with a bunch of ladies, all of whom weren’t masked up. Basically, the guy seems to be flouting COVID protocols, and people are taking notice and calling him out.

I thought i was Will Smith for a second pic.twitter.com/H6rAPjeLEn

This is what Bow Wow recently wrote in response to someone pointing out the dangers of COVID after he plugged a party he was set to attend for “Growing Up Hip Hop” … “Im masked up. I gotta get my paper. I follow protocol. 2020 i wasnt sick all year! Never in my life has that happen. 365 days I NEVER GOT SICK ONE TIME.” Interesting take, BW.