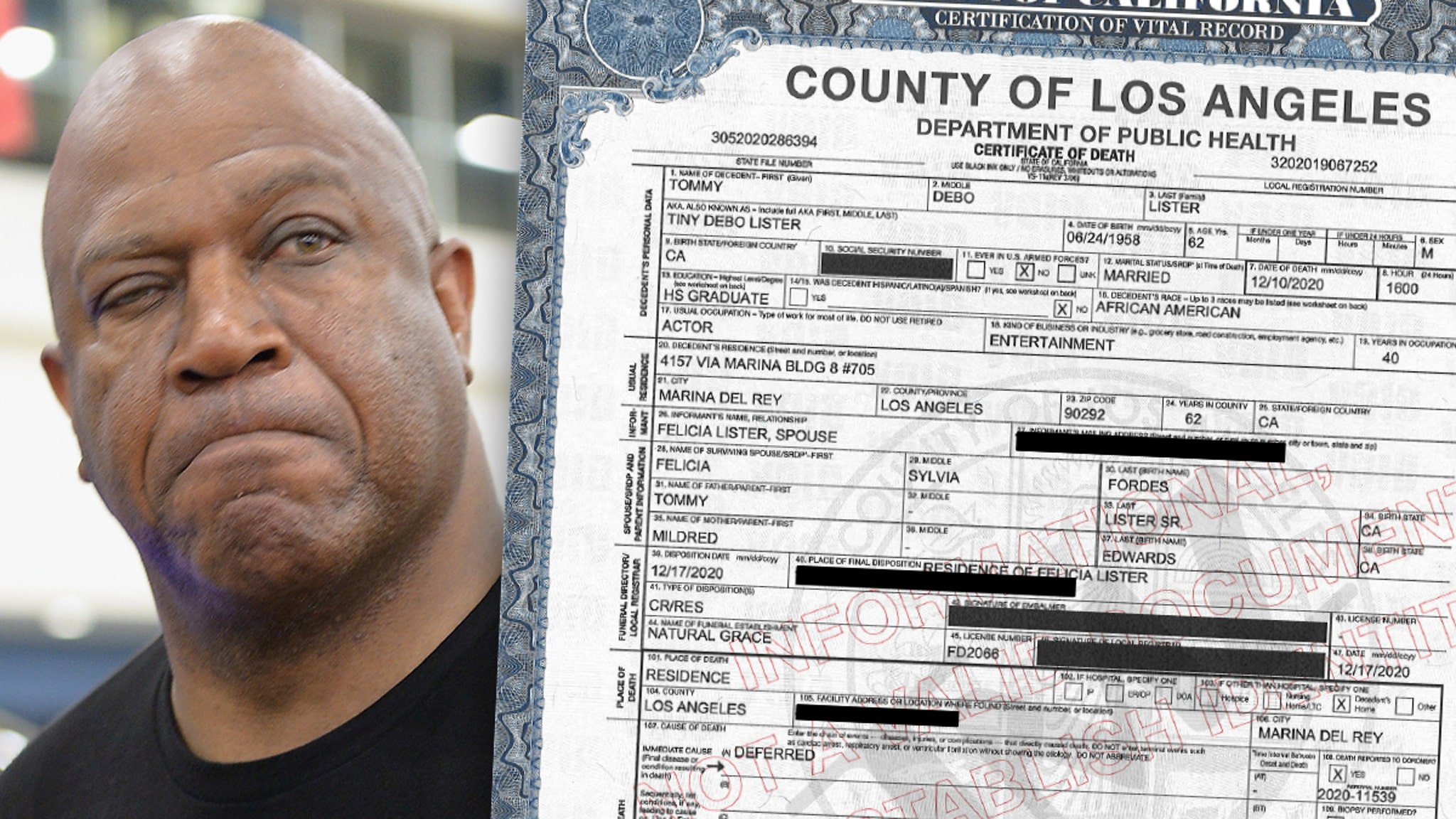 Tommy ‘Tiny’ Lister was all in for the movie that made him famous — namely, Ice Cube‘s cult classic “Friday” — because he legally changed his name to pay homage to his unforgettable character.

TMZ has obtained Tommy’s death certificate, and while a cause of death hasn’t yet been officially determined … there was one very interesting nugget we noticed. His full name reads Tommy Debo Lister, very different from his reported birth name … Thomas Duane Lister Jr.

It’s interesting for a number of reasons. Obviously, Tommy is most famous for portraying Deebo in the “Friday” franchise — and, no, we didn’t spell that wrong … but it appears Tommy did. In any case, it’s quite clear he loved the character — so much so, he actually made it part of his real-life identity … opting for that instead of “Tiny,” his longtime public nickname.

His manager, Cindy Cowan, tells TMZ he made the change in an L.A. court about 6 months ago — because he felt his fans and the public at large simply knew him from “Friday.”

Like we said … Tommy’s cause of death is pending right now — it’s listed as “deferred” on the doc, which just means they’re still doing tests.

Remember, though, many in Tommy’s immediate circle believe it was COVID-19. He was incredibly sick in his final days — evident in several different videos he participated in — and he’d already caught the virus earlier this year.

While the medical team works on getting closure on that front — there’s one last thing we should note about Tommy’s death certificate. It says he was married to Felicia Lister.

If you know, you know … gotta love it.

TMZ broke the story … 62-year-old Tommy died suddenly last year at his L.A.-area home. When paramedics arrived, he was pronounced dead at the scene.