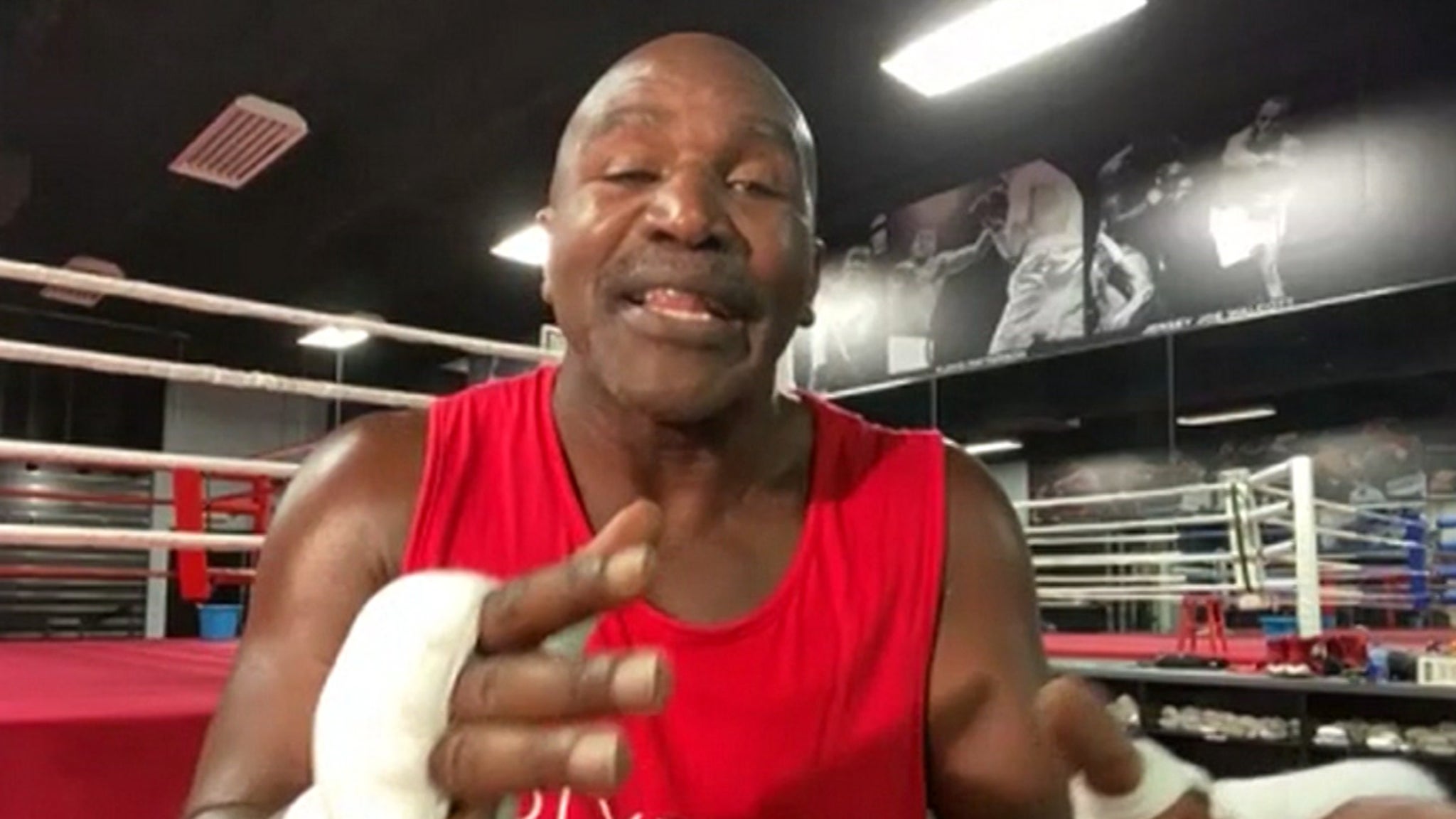 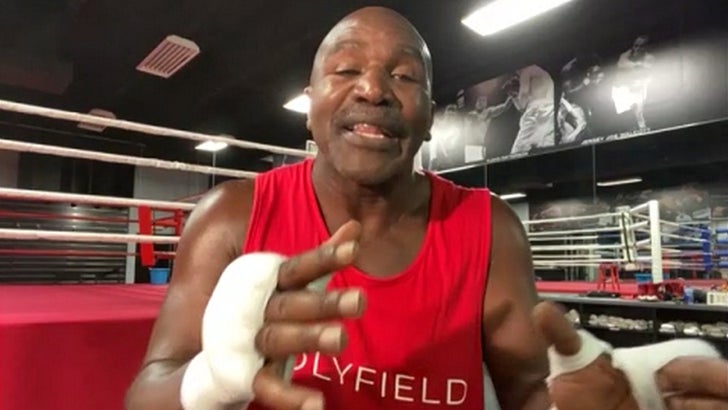 “I don’t know who’s gonna get in there with him because I’m saying, he intimidating. He’s a big guy, you already know he got big arms and stuff like that. He’s got good range.”

That’s Evander Holyfield — one of the greatest boxers of all-time — speaking glowingly about 36-year-old, ex-NFL star Brandon Marshall‘s skills in the boxing ring.

Marshall — a 6x Pro Bowler — last played ball with the New Orleans Saints in 2018 … and took up boxing last year.

BM — who previously called out top heavyweights like Anthony Joshua — went down to 58-year-old Holyfield’s gym in Florida … and the 2 men got in a boxing workout. 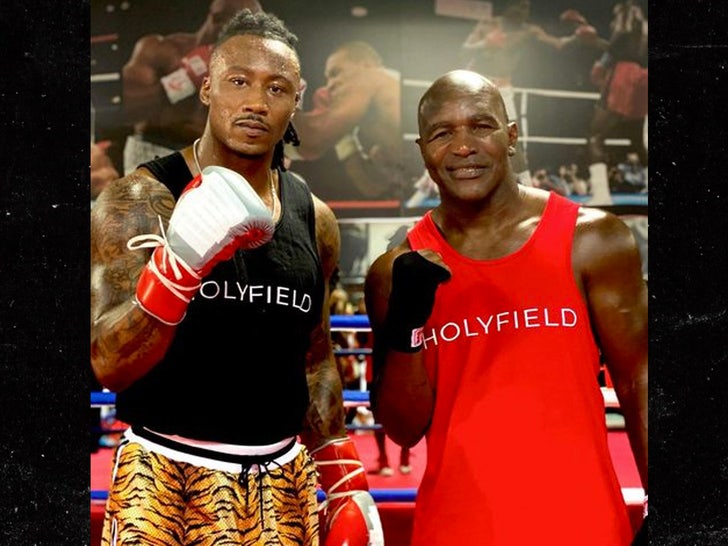 Obviously, Marshall’s a helluva athlete … but we’ve recently seen that being strong, or jumping high doesn’t always translate to being able to throw hands (sorry, Nate).

But, The Real Deal says Marshall’s the real deal in the ring.

“Brandon, ya know, he looks good balance-wise. We weren’t really sparring but he got good balance and hey, he look like he could be a good fighter.”

Holyfield even compared the 6’4″, 230 lb. former football player to arguably the greatest knockout artist of this generation — The Bronze Bomber.

“[Brandon] pretty much got the same reach as the heavyweight champion Deontay Wilder,” Evander says.

“He got that reach just like that but he got trunks. He got them big arms. You know he hit somebody with one of them, you know what, he ain’t got to hit ’em right. Maybe if he miss, they still may fall.”