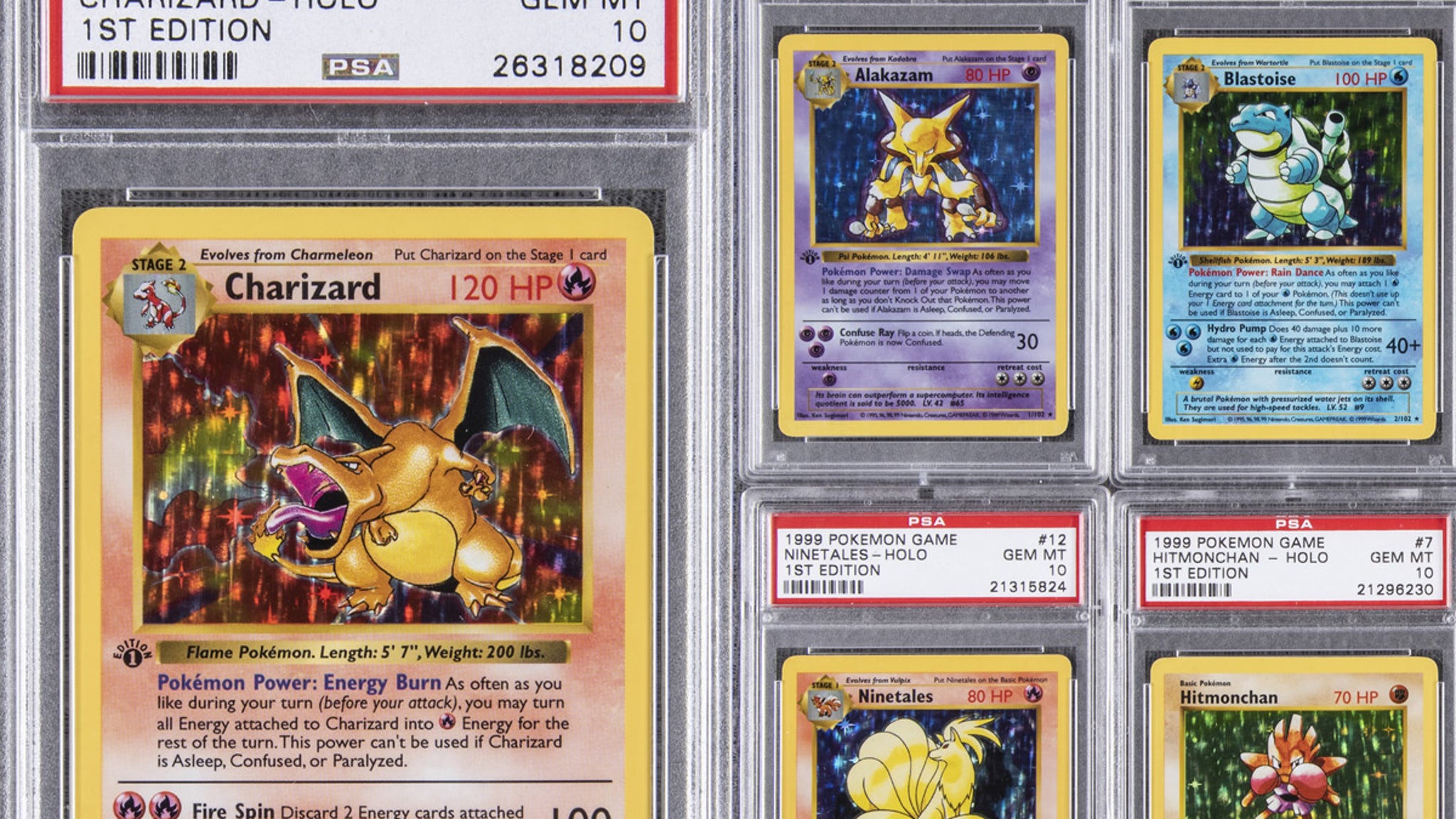 Listen up Pokémon fans, you’ve got a clear path to feel like Togekiss — the happiest Pokémon ever — ’cause a 1999 Pokémon first edition complete set’s about to hit the auction block.

The folks over at Goldin Auctions will soon auction off this 103-Pokémon card set that’s in mint condition and expected to fetch upwards of $750,000. The collection includes the highly sought-after Charizard card.

Each card is gemstone certified. Goldin says while the cards have rounded corners, the Professional Sports Authenticator has given it a Gem Mint 10 grading … meaning they’re virtually perfect cards.

The fact that the set expected to earn three-quarters of a mil is pretty impressive … since nearly 30 billion Pokémon cards have been traded since the craze started.

Some of the other cards in the set include Alakazam, the cute Blastoise, Chansey, Mewtwo and Poliwrath. That might sound like gibberish to some of you, but trust us … that’s badass.

The auction opens Monday with a minimum bid of $125k. If that $750k mark sounds far-fetched, think about this — just last month, Goldin Auctions sold a pristine Charizard for nearly $400k.