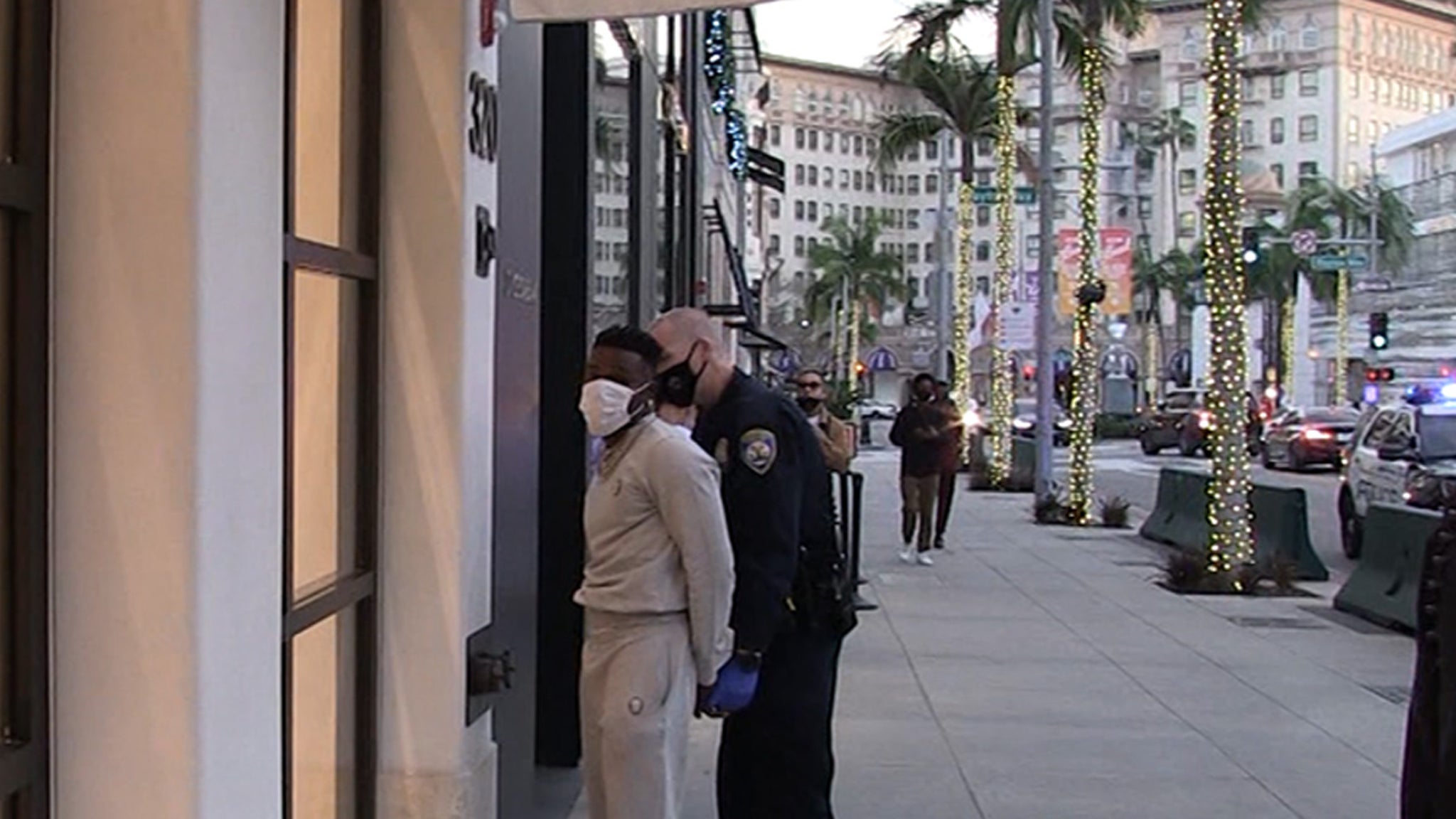 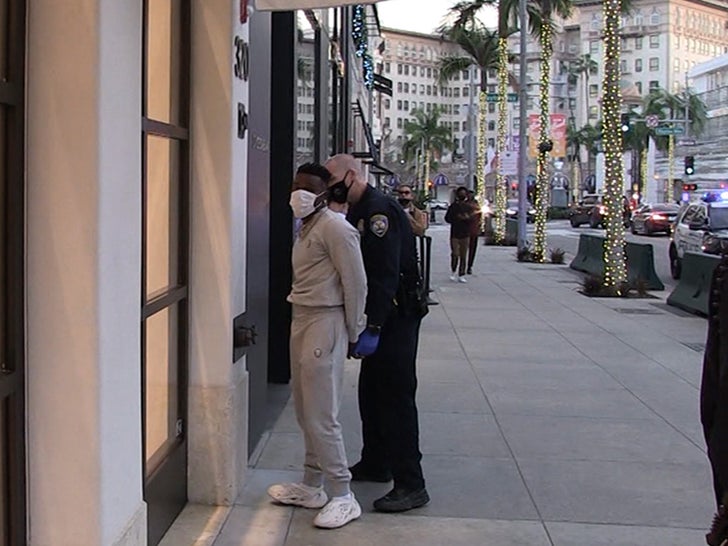 DaBaby‘s shopping spree on world-famous Rodeo Drive came to an abrupt halt when Bev Hills cops stopped him and his pals and allegedly found a gun.

We got video of the rapper leaving the Moncler store Thursday. As he and 3 other men were about to drive off, multiple cop cars surrounded their vehicle. Law enforcement sources tell us someone inside the store called to report DaBaby and his crew had weapons.

Baby and his friends were detained while officers searched the vehicle, and found one handgun.

We’re told the rapper was arrested for carrying a loaded firearm, a misdemeanor. Although cops initially detained everyone in the car, we’re told DaBaby is the only one getting booked.