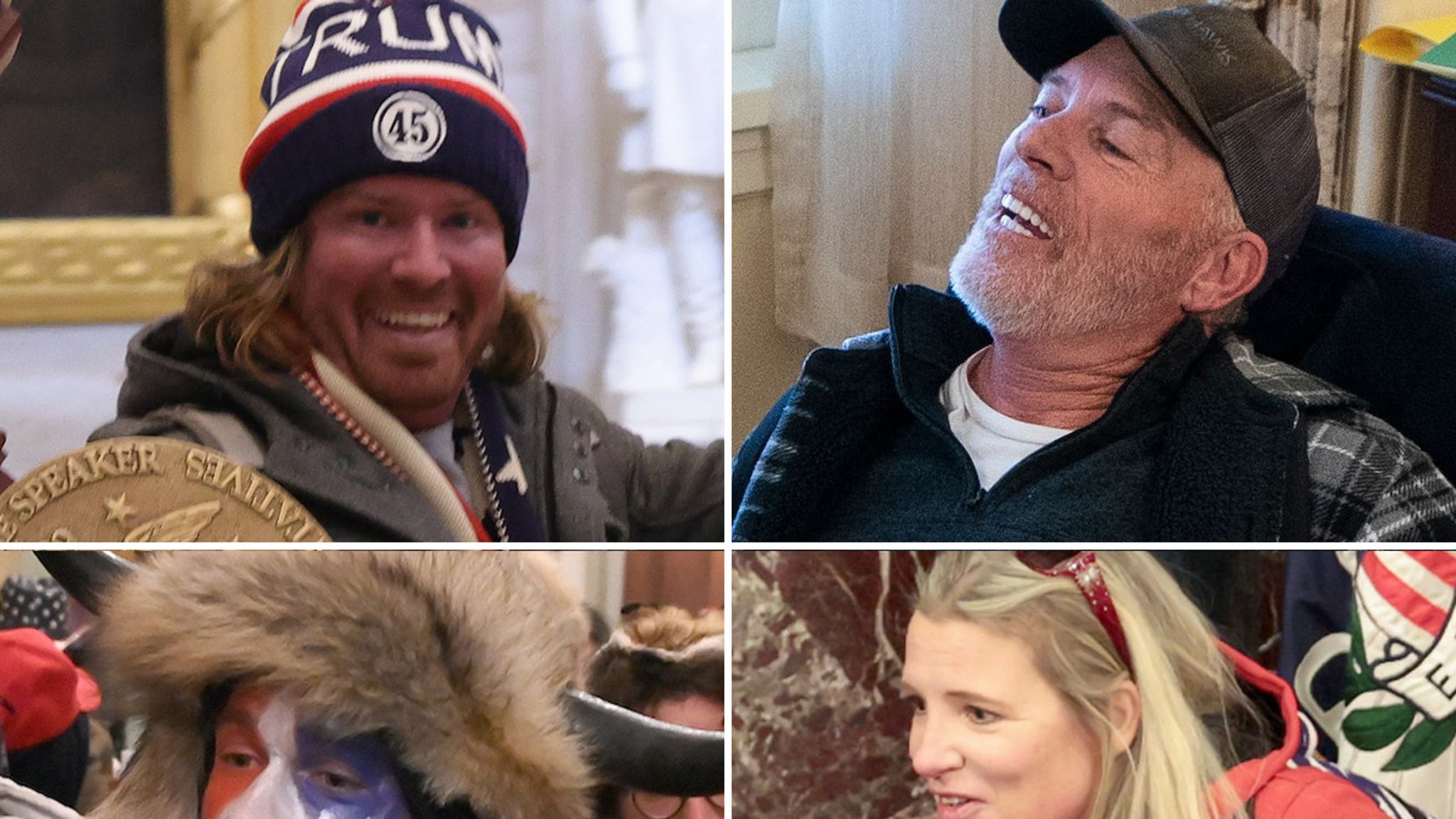 8:37 AM PT — U.S. Capitol Police Chief Steven Sund is finally speaking about its response to Wednesday’s riots … saying it’ll conduct a thorough review of this incident, security planning and policies and procedures.

The chief said its officers and other law enforcement partners were attacked with metal pipes, discharged chemical irritants and other weapons. Sund also confirmed the woman who was fatally shot was, in fact, shot by “a sworn USCP employee.” The woman was identified as Ashli Babbitt. The USCP who discharged his service weapon is on administrative leave while the agency investigates the shooting.

The pro-Trump protesters who stormed the U.S. Capitol building, incited violence and in some cases stole or damaged property are wanted by the FBI — so take a closer look.

The FBI’s on the hunt for the insurrectionists involved in the failed coup in Washington D.C. Wednesday — which resulted in one woman being fatally shot — asking the public for “tips and digital media depicting rioting and violence in the U.S. Capitol Building and surrounding area.”

The feds want all the photos and video they can get of the lawlessness and violent acts that occurred in hope of identifying those responsible. So, they want the public to check out this (alleged) rogue gallery.

Anyone with pics or vids is asked to submit them at fbi.gov/USCapitol, or simply go to tips.fbi.gov to submit useful information.

The FBI says the goal is “to preserve the public’s constitutional right to protest by protecting everyone from violence and other criminal activity.”

Some of the lowlights include the guy sitting at Nancy Pelosi‘s desk, and the dude in the Trump beanie grinning as he walked away with a Congressional lectern. Those 2 clowns have been ID’d already.

Richard Barnett from Arkansas was the one getting cozy in Pelosi’s office. He’s reportedly claiming he got shoved into the Capitol by accident and was merely looking for a bathroom. Doesn’t really explain the notes he left on her desk, including one calling her a bitch. Save it for the judge, pal.

As for the lectern … the FBI will be talking to Adam Johnson from Parrish, FL about that stolen item.

As we reported … President Trump incited the march to the Capitol when he vowed to his protesters to never concede the election and demanded they “show strength.”

He also failed to condemn the failed coup attempt and instead said he loved the people involved — which led to a Twitter ban and a secret meeting among some members of Congress to remove him from office immediately via the 25th amendment.